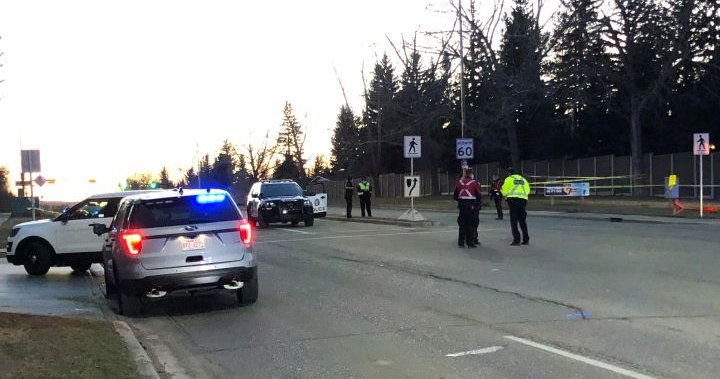 A teenage pedestrian was taken to Foothills Medical Centre with serious injuries after being hit by an SUV in southwest Calgary on Wednesday night, according to EMS.

A spokesperson for Calgary EMS said emergency crews were called to a collision at 90 Avenue and Bay View Drive S.W. at 7:35 p.m.

Police said the driver remained at the scene.

An investigation is underway to determine what caused the collision, police said.