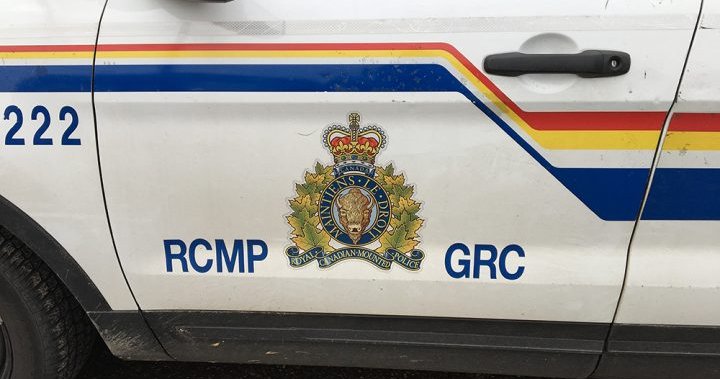 RCMP are searching for a suspect connected to a hit-and-run Saturday that resulted in a peace officer sustaining serious injuries in Red Deer.

RCMP said an SUV was travelling on 60 Street near 58 Avenue at around noon when it veered into oncoming traffic, colliding with a peace officer’s vehicle.

The driver of the SUV — and the only person in the vehicle — fled the scene on foot, police said.

The peace officer was extracted from her vehicle by the Red Deer Fire Department and was taken to hospital with serious but non-life threatening injuries, according to police.

RCMP said the SUV, a black Jeep Cherokee, was stolen.

The suspect is described as a six-foot-tall man with short black hair in a mohawk style.

He was wearing a black coat and black pants at the time of the incident.

Anyone with information about the incident or the suspect is asked to call Red Deer RCMP.