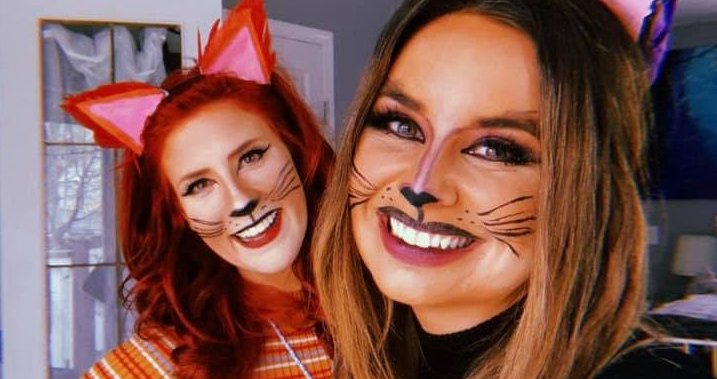 “It was a huge honour to be acknowledged and nominated, and I’m really thankful to the association, especially this year,” Stokes said.

When the pandemic hit last year, live shows came to a halt for the artist, completely changing her routine.

“My roommate, who’s a restaurant manager, was also laid off from work, and we were trying to figure out what to do. We started to think about how tough it would be to be a parent who is working at home and trying to take care of kids,” said Stokes.

The duo turned the idea and their free time into a Friday afternoon kids livestream show called Fiyah with Mariya and Allayna. The pair would sing, do skits and dress up in themed costumes.

Stokes added the online content wouldn’t have been possible without her roommate, Allayna Van Diesen. She’s not a professional musician like Stokes but was willing to jump in and help anyway she could, including costume design.

“Every week, we would dress up in goofy costumes and sing songs, and it really just kind of gave us something to do during the quarantine phase. It was a great way to connect with everyone,” she added.

Artists taking to social media led to the creation of a new category at the Country Music Alberta Awards: interactive artist of the year. Stokes is one of the nominees.

“This is the first year it exists. It’s a juried category. Members that were interested had to supply their socials. They had to supply links,” said Chard Morrison with Country Music Alberta.

He added artists have had to be more creative this year than ever to keep engaged with fans during the pandemic.

“This category came about because of COVID and because all of our members were no longer able to play shows live. We had to and they had to create a new opportunity for their music to be heard,” he said.

More details about the awards will be released later this week. The winners will be announced Feb. 28 at 7 p.m. MST. A Facebook live after-party will follow.