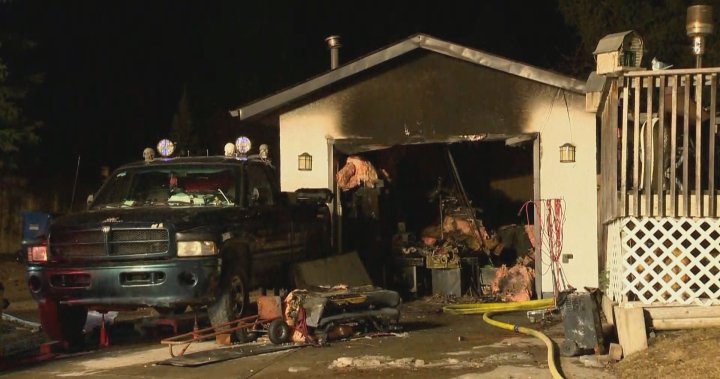 A man is in critical, life-threatening condition after a fire in southwest Calgary on Tuesday, according to EMS.

Firefighters said when they arrived, they found heavy smoke and flames coming from a detached garage.

A man in his mid-40s was found outside the garage and rushed to hospital, EMS said.

The Calgary Fire Department said the garage was “completely damaged.” The exposed side of the home wasn’t affected, CFD said.

One firefighter suffered a knee injury and was taken to hospital as a precaution, according to the department.

An investigation into the fire’s cause is underway.