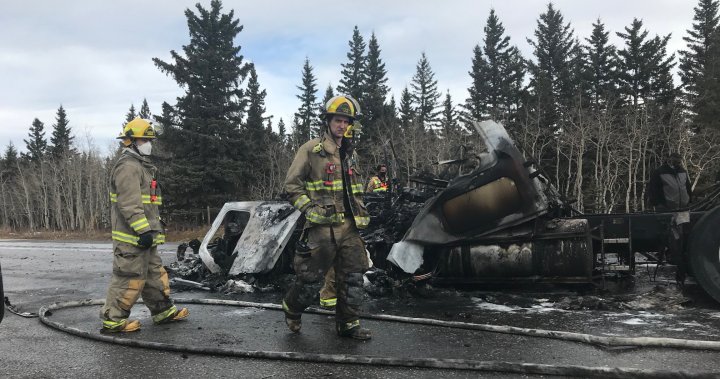 Police warned drivers to take alternate routes after a semi-trailer caught fire near Scott Lake Hill and caused westbound traffic on Alberta’s Highway 1 to be delayed on Sunday.

Cochrane RCMP and Springbank Fire Station responded to a report of a semi-trailer on fire in the westbound lanes of Highway 1 west of Highway 68 after 9 a.m.

The driver was able to escape, and no one was injured, police said.