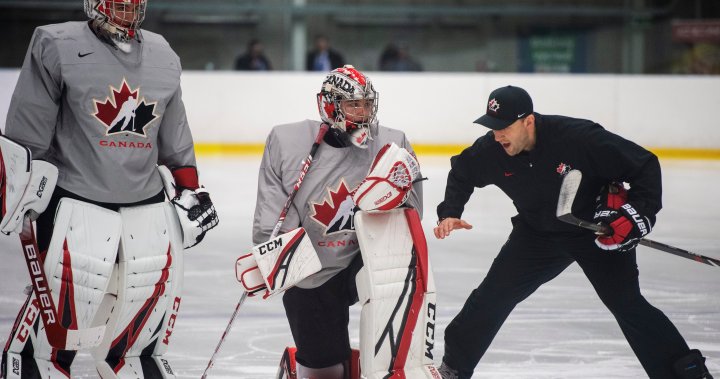 The Calgary Flames have hired Jason Labarbera as the NHL club’s new goaltending coach and promoted Jordan Sigalet to the new role of director of goaltending.

“The goal and mission of this change is to provide us with the best process to identify, draft, develop, procure and coach goalies for the Calgary Flames,” Flames general manager Brad Treliving said Wednesday in a statement.

“We believe this structure and process will provide us with the best and deepest goaltending expertise throughout all parts of the organization.”

Sigalet of New Westminster, B.C., will start his seventh season in the Flames’ organization. His first three were coaching goalies with the club’s American Hockey League affiliate.

He appeared in a career 187 NHL games over a 16-year pro career with the Los Angeles Kings, Vancouver Canucks, Phoenix Coyotes, Edmonton Oilers and Anaheim Ducks.

Calgary signed goaltender Jacob Markstrom to a six-year, US$36-million deal in the off-season. David Rittich has one year remaining on his contract.

Thomas Speer of Sancsville, Wis., continues as goalie coach with Calgary’s AHL club in Stockton, Calif. He oversees the development of AHL and prospect goalies in the system.