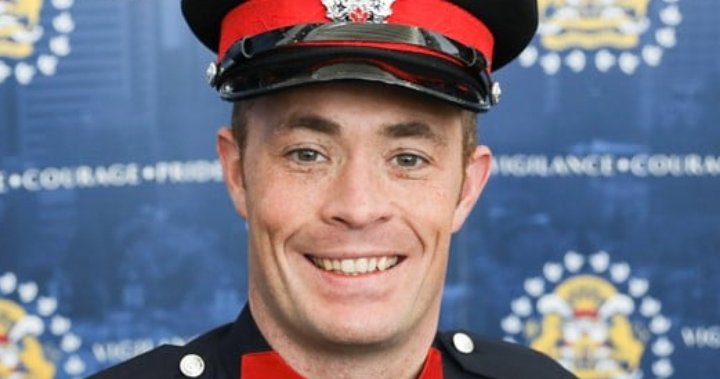 Two teens charged with first-degree murder in the death of a Calgary police officer are set to appear in court on Monday for a bail hearing.

Amir Abdulrahman, 19, and a 17-year-old boy are charged with first-degree murder in the death of 37-year-old Sgt. Andrew Harnett on New Year’s Eve.

Harnett was conducting a traffic stop when he was hit and dragged by a vehicle in northeast Calgary.

The two teens turned themselves in late Friday afternoon and appeared before a Justice of the Peace on Saturday morning.