CALGARY — A justice studies professor at Mount Royal University says police did nothing inherently wrong when asking the majority of maskless protesters to leave a Calgary shopping mall this weekend.

“The people that are upset with the officers ‘actions are part of that group that are saying we should be cracking down tougher on these people, we should be arresting them, everyone should be getting a fine, all of those kinds of things,” said Doug King.

“That in some ways is unrealistic, because how do you issue fines to 200 people when you only have five officers there?”

King says Saturday’s protest at Chinook Centre, where an officer was seen shaking hands and embracing organizers might be construed in the wrong way.

“We’re making too much of it,” said King. 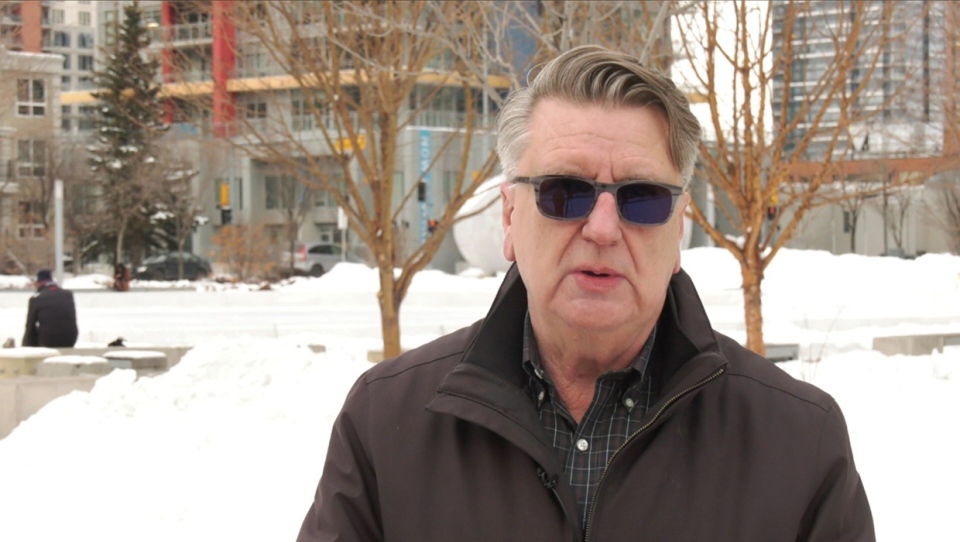 “Should the officer of shook hands? Probably not.”

Public health officials have been adamant for nearly a year that shaking hands and giving hugs, raises the potential for transmitting the virus.

“That’s what the fist bump is all about,” said Calgary physician, Doctor Raj Bhardwaj.

“And there’s certainly other ways to greet people or to agree on something instead of shaking over it.”

Bhardwaj says workers and families who are wearing masks and shopping are put at most risk, by these demonstrators, the majority who are not wearing face coverings.

“From a public health point of view, these protesters are certainly putting people’s health at risk,” he said.

Mayor Naheed Nenshi says he has not shaken hands with anyone in ten months.

“I don’t get to tell the police officers what to do, but I would strongly suggest that there was a lot of flagrant violation of the law here and I would expect to see a lot of tickets,” said Nenshi.

Late Monday, CPS issued a statement saying the officer in the video was asking protesters to leave. 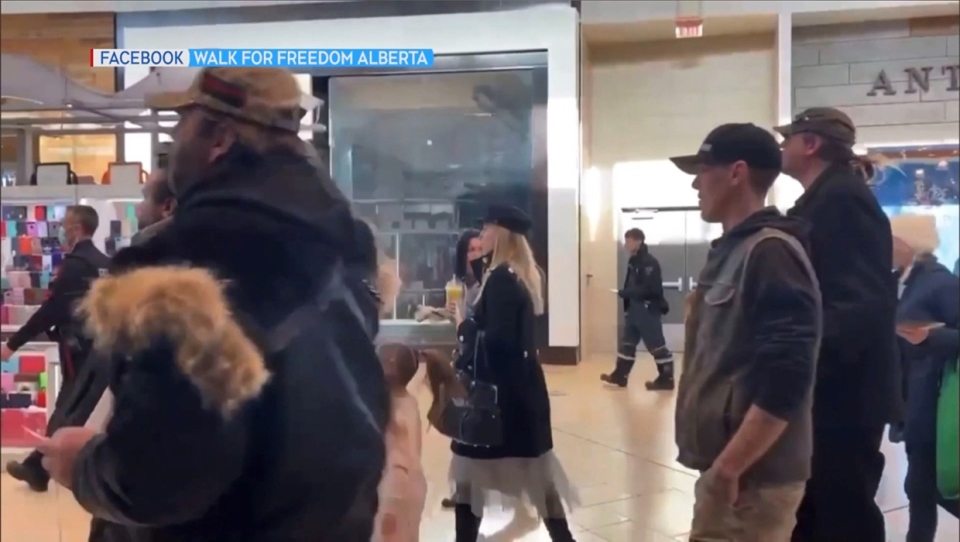 “The Diversity Resources Team were on scene to try and negotiate the protesters leaving the mall peacefully. In doing so, the officer in the video was successful in this peaceful negotiation. At the end of this negotiation, a handshake was offered and accepted,” it read.

As for King, he feels police need to be more transparent about their policies when policing these events.

“The police did the right thing first of all in backing the officer. And the officer himself did not do anything outrageously wrong.”