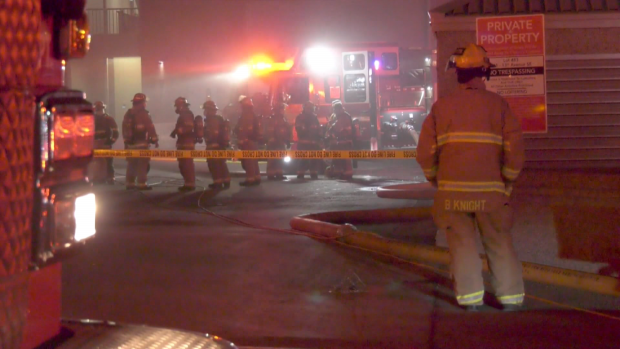 CALGARY — Nearly 250 people were evacuated from a Beltline tower Tuesday night after a fire broke out in the building’s parkade.

Crews responded to a 29-storey residential building in the 1300 block of First Street S.E. at approximately 9:30 p.m.

Thick smoke was emanating from the parkade and thermal imaging cameras confirmed there vehicles were burning within, officials said.

Firefighters extinguished the blaze and a large trailer-mounted fan was used to clear the smoke from the parking area.

No injuries were reported.

The cause of the fire remains under investigation. Calgary Fire Department officials say the fire damage was limited to the three vehicles and the smoke damage did not extend outside the parkade.