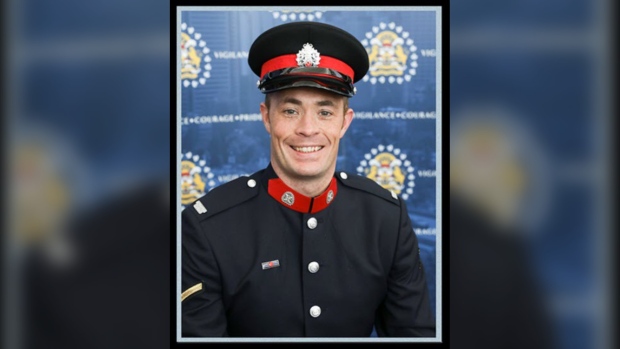 CALGARY — A teen charged with first-degree murder in the hit-and-run death of a Calgary police officer is to remain in custody until his trial early next year.

The teen, who cannot be identified under the Youth Criminal Justice Act, is alleged to have been driving when Sgt. Andrew Harnett pulled over an SUV on Dec. 31.

Police have said Harnett was dragged before he fell away from the vehicle and was hit by another car.

The accused was denied bail in January and an application to be placed in the care of a responsible adult was also rejected.

Justice April Grosse has now dismissed a second request that the accused, now 18, be released into the care of an adult until a trial begins Jan. 31.

A man police have said was a passenger in the SUV also faces a first-degree murder charge.