CALGARY — RCMP are assisting residents of a southern Alberta community to get out of the path of a large grass fire burning near Highway 2.

Officials say Vulcan RCMP is at the scene helping with the evacuation.

“This grass fire spans 7 to 10 miles (11 to 16 kilometres) and is out of control,” police said in a release. They later added that the fire is moving east.

Police advise drivers to stay clear of Highway 520 east of Claresholm from Barons to Carmangay.

Meanwhile, the Town of Claresholm says an earlier closure on Highway 2 is cleared, but the restriction on Highway 520 is still in place.

Megan Smid, who was driving through the area Sunday afternoon, told CTV News it was an “awful” scene.

“There were fire trucks and water trucks coming from Nanton and semis flipped over everywhere,” she said.

“That wind, when it hit that fire, it was just like little fire tornadoes all around the farm area.”

An Alberta Emergency Alert has also been called for residents in the M.D. of Willow Creek because of two wildfires burning out of control near Highway 2.

Officials announced the alert at 3:15 p.m., saying there are two wildfires burning between Fort Macleod and Stavely.

The instructions for residents include preparing to leave their homes if necessary.

“Take all necessary precautions. Follow the directions of local authorities. Visibility will be affected. Avoid the area,” the alert reads. 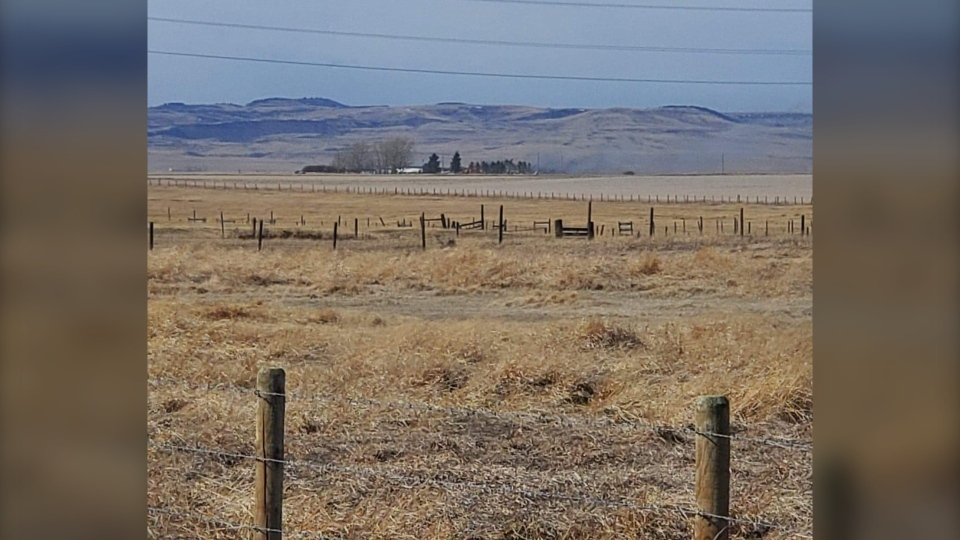 High winds have been blowing through southern Alberta since early Sunday and are likely to have contributed to the size of the fire.

Officials with the Blood Tribe First Nation say crews on the reserve are fighting their own grass fire, which has also grown out-of-control. It has closed “a significant portion’ of Highway 509.

Residents are also being told to leave their homes, says Pam Blood, Blood Tribe communications director in a release.

“The residents of the Fort Whoop Up area on the east end of the Blood Reserve were evacuated. A temporary emergency shelter is currently being set up at the multi-purpose building in Standoff.”

Members of the public are also told to stay away from the affected areas because of heavy smoke being blown by the wind.

Lethbridge 9-1-1 is dealing with multiple fire events in our area. A residential fire in the City of Lethbridge, and a fire Northwest of St Mary’s reservoir. For evacuation updates visit https://t.co/XvbHg48W04 #yql #Fire