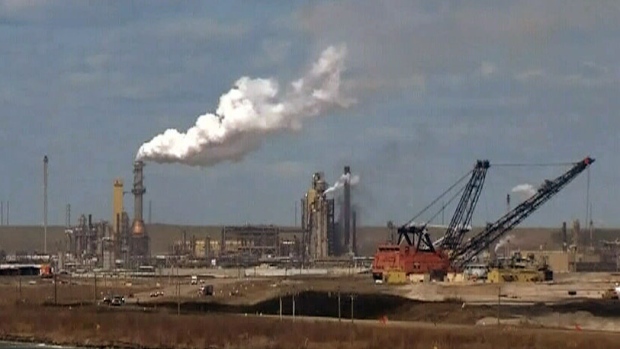 CALGARY — It’s not the huge change many were hoping for but there is some positive news on Alberta’s job front.

New numbers released Friday show the province is closer than it has ever been to pre-pandemic employment levels.

Statistics Canada’s latest Labour Force Survey reported a 0.3 per cent drop in Alberta’s unemployment rate. The monthly look at the job market says the provincial number dipped from nine per cent in April to 8.7 per cent in May.

“It certainly is a stronger and robust number than we’re seeing in some other provinces,” University of Calgary economist Lindsay Tedds told CTV News.

“But there is still a gap … and we have to remember pre-pandemic levels were not ideal.”

In April, Alberta had an estimated 218,800 unemployed people.

Statistics Canada says over the last 12 months, the province has seen a 6.8 per cent change.

Alberta’s recent job growth has been driven by a number of rebounding industries. Natural resources, construction, health care, finance and insurance made up some of the biggest increases.

About Staffing founder Sharlene Massie says her clients looking for work have options — something they didn’t have for large parts of 2020.

“There are a lot (of requests) coming in,” Massie said. “We are getting busier and busier and every day we are getting more orders than the day before. That makes me feel very positive and excited about what the next six months are going to bring.”

But those six months will also carry some challenges.

While the province’s women and men both saw drastic declines in employment last year, women are having a tougher time re-entering the work force in 2021.

Part of that may be due to an unpredictable school schedule.

“Parents of young children, their hours of work have not recovered,” Tedds said. “We are leaving economic growth on the table, and we are doing it on the backs of women.”

In Alberta, the labour force participation of parents with young children is the lowest in Canada.

Tedds believes more business stability and government support is needed in the months ahead to even out the numbers.

Something else that’ll help is the upcoming slow down slow down.

Many are expecting a big summer for the hospitality and tourism industries as the province continues to open up businesses.

In the Calgary region, unemployment has fallen 0.6 per cent, with the addition of 1,100 jobs.

In December 2020, the city’s unemployment rate was 11.1 per cent, but that’s a number that has been steadily declining every month.

Areas that saw the highest growth in Calgary include wholesale and retail trade and manufacturing.

On a national level, employment fell 0.4 per cent.

The majority of those losses were registered in Ontario and Nova Scotia. Both of those provinces have been experiencing firm shutdowns due COVID-19 cases in the last month.

The percentage of unemployed Canadians remains below the peak seen in the first wave in May 2020, where national unemployment was at 13.7 per cent.

Last summer, employment in Canada rebounded quickly following the end of the first phase of restrictions.

1.2 million jobs were added in May and June, and another million in September.