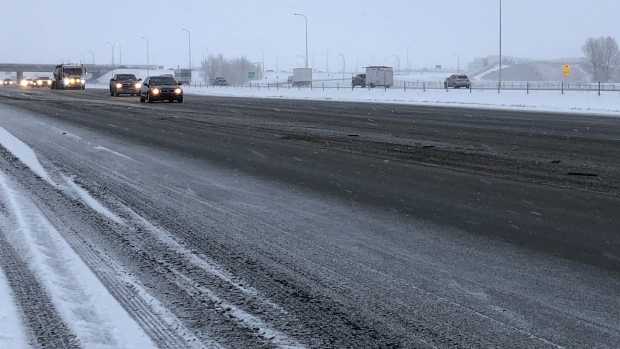 CALGARY — The Calgary Police Service responded to several crashes on the city’s main north-south thoroughfare during Wednesday morning’s commute as an overnight dusting of snow resulted in icy roads.

Between 7:30 and 9 a.m., officers were dispatched to a series of pile-ups involving multiple vehicles on Deerfoot Trail in both the northbound and southbound lanes.

No serious injuries have been reported in connection with any of the crashes.

Motorists are encouraged to drive to the conditions, leaving additional room for stopping when roads are slick.