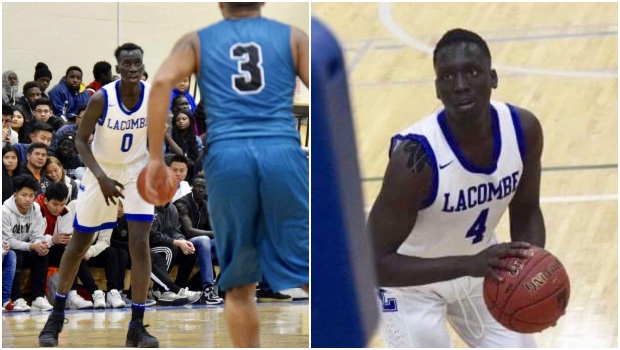 CALGARY — Calgary police continue to hunt for a shooter who killed two men found in a vehicle with its engine still running on Tuesday morning, in the northeast community of Marlborough.

Police were called to the 1000 block of Marcombe Drive N.E. at 9:20 a.m. Officers arrived and discovered the two men inside. Both were declared deceased.

A single bullet hole could be seen in the passenger side window of the vehicle.

Friends say the pair attended Father Lacombe High school together, playing on the boys’ basketball team, having graduated a couple years ago.

Police say the attack was targeted.

“This was a violent and targeted incident that resulted in the death of two individuals,” said homicide Staff Sgt. Martin Schiavetta in a news release issued Monday.

Police say the vehicle had been parked on the street since Monday night, before the bodies were found in the white VW Jetta the following morning.

The homicide unit is actively investigating and are looking for any tips, including dash-cam or CCTV footage between 9 and 9:30 p.m on Monday.

Autopsies on the two men took place on Wednesday and Thursday.