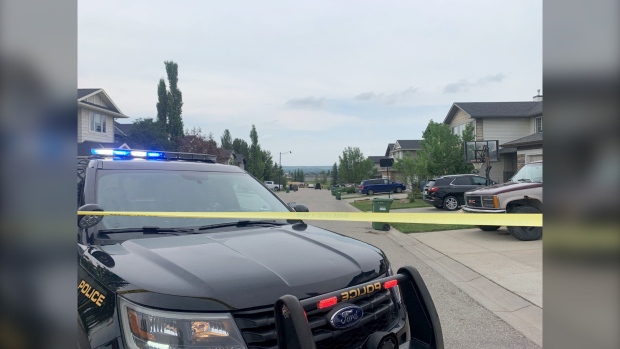 CALGARY — A man and a dog have died after a shooting in southwest Calgary on Wednesday afternoon.

Police were called to the 500 block of Cresthaven Place S.W. about 1:30 p.m. for reports of gunfire where they found one person, who was declared deceased at the scene. The animal was also killed in the attack.

In a release, Calgary police said the suspect or suspects fled in a vehicle, which may be connected to one recovered by Cochrane RCMP. It did not say where that vehicle was located.

“This shooting took place in the middle of the day in a neighbourhood area where people were out walking their dogs. We are currently speaking with a number of witnesses who were in the area at the time of the shooting and are asking anyone with information to contact police,” said homicide unit Staff Sgt. Colin Chisholm.

“We will not tolerate this kind of reckless disregard for public safety and will dedicate as many resources as it takes to finding the person or persons responsible.”