CALGARY — When Beatrix Guenther bought her trailer in Caravan mobile home park four and a half years ago, she planned to live there for a long time.

She paid cash for the well-kept unit, and still put thousands into upgrades.

“I thought; this is my retirement home, because I’m almost there now.” Guenther said. 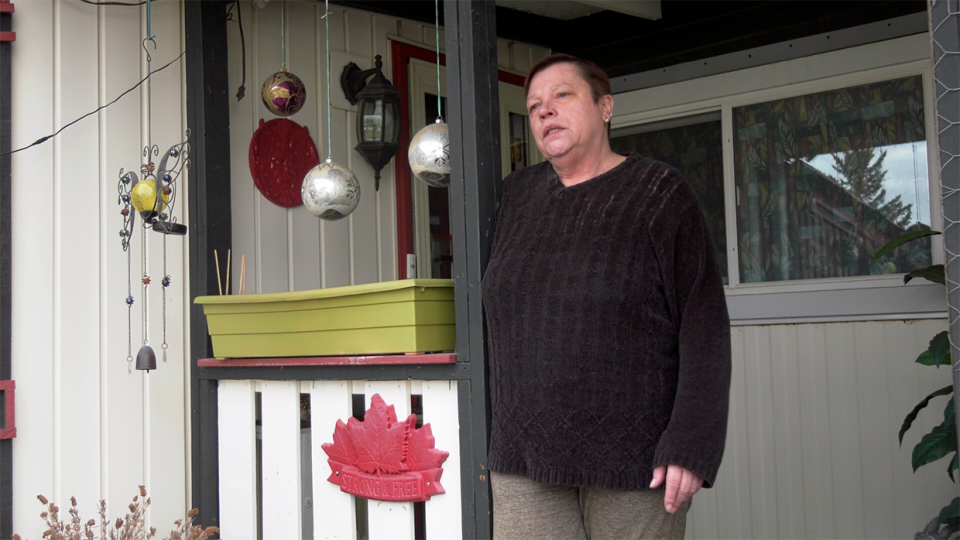 Last year Guenther discovered that retirement dream was crumbling.  Caravan mobile home park is located close to a stop on the planned Green Line LRT. It’s within the 300 metre radius that makes it a “transit-oriented development zone,” areas the city has earmarked for higher density housing, and retail developments.

The owners of the park are seeking to rezone the land with the intent of selling it to a developer, after which it will be redeveloped into multi-story condos up to 15 storeys high, and retail shops.

When that development happens the trailers, and the people who own them, will have to move.

The question for a lot of them is where?

“We can really not move anywhere with our trailers,” said Guenther, “because there is no empty spots in the city or even outside the city,  as far as Airdrie and even Three Hills you cannot find  empty spots,” adding that most trailer parks will also refuse to take in clients with trailers over 20 years old

“Most of us here, basically, we’ll have to have our homes demolished,” she added, “which we have to pay for on top of everything else. So now I have to start all over again.”

Even if there were parks to move into, many of the Caravan residents would still have to demolish their homes, because despite their name, mobile homes are not always mobile. 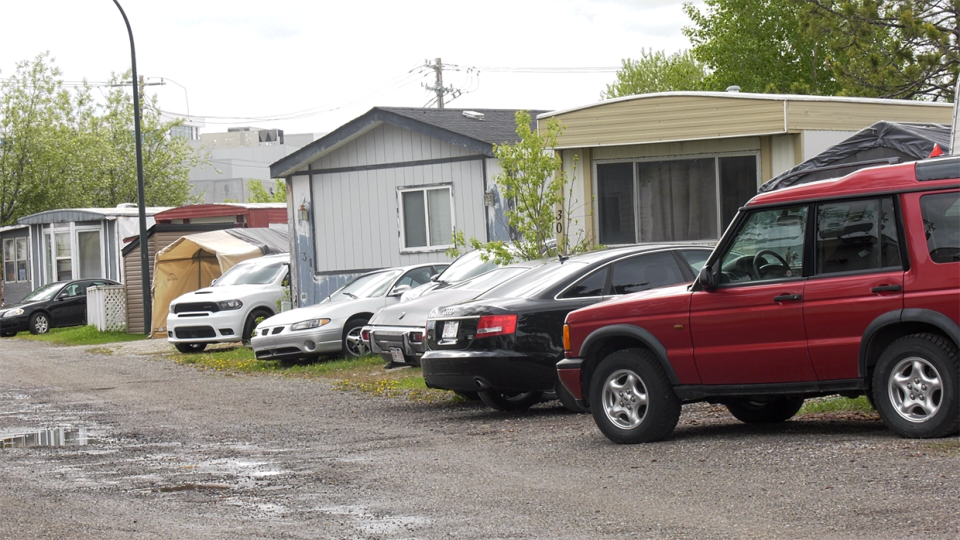 “My house and a lot of others that are as old as mine would likely fall apart,” said long-time Caravan park resident Dave Foley. “You know, just leave them alone. They’ll be there for another bunch of years. But try and lift them up. And, you know they will collapse.”

“I remember when this one over here (on the corner) was moved,” he added. “They lifted it up on one end, and it started to buckle.”

Area councillor Shane Keating said the fate of the mobile home park was set when the Green Line route was approved, but there is still time to assist residents in Caravan parks as well as the adjacent city-owned South Hill trailer park , which will also be affected though not as severely.

“There’s no sense trying to deny that what we have to do is try to make it as feasible and easy as possible for residents to either transition into possible residences that are there, or into other mobile home parks elsewhere,”  said Keating, adding that through their rent residents at the home have kept the landowners afloat for decades and deserve some sort of compensation. 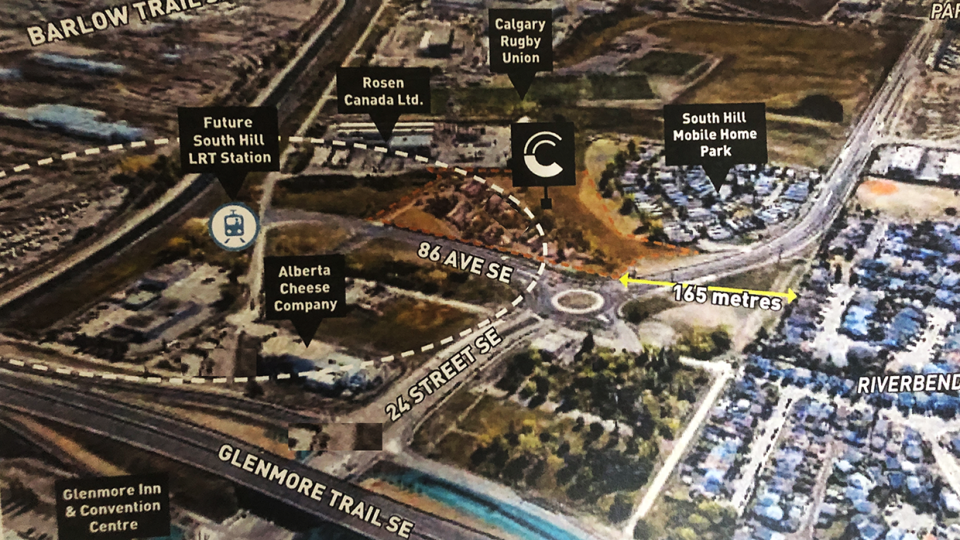 ”They have paid their bills, and they’ve sponsored the owners’ investments for sure,  by making sure it’s still viable,” Keating added.  “If it wasn’t viable, they would have shut it down a long time ago, so over the years, those residents have paid the piper, you might say and allowed the investment to continue to  (grow),  so we have to make sure that we look after them as well as we can.“

Herb Styles, president of Caravan Trailer Lodges of Alberta said he was committed to seeing the trailer park residents treated fairly on the way out.  Styles told CTV the company is negotiating with the city on a compensation package for the trailer owners.

“I’ll work with the city on compensation and I will make sure it happens even if the land is sold,” said Styles, saying he will add a caveat to the land at sale to ensure any future landowner will have to adhere to the deal “it’ll be passed on. It’ll be in the development agreement with the city, and it will be passed on to whoever buys the property.”

Styles wouldn’t commit to a dollar amount until his company has completed its negotiations with the City of Calgary.

In 2017 when the City of Calgary closed its Midfield Trailer Park on 16 Avenue NW, residents there who stuck it out to the end received $20,000 for moving and demolition expenses.