CALGARY — A community rally is being held in Pincher Creek Tuesday evening, to raise alarm over the potential for widespread loss of services at the local hospital.

Nine Pincher Creek doctors plan to withdraw from providing hospital services at the end of July, and Alberta Health Services has not yet found doctors to replace them.

“It’s more of a last stand for our community,” said Dr. Samantha Myhr, a family physician and one of the leaders of the Rural Sustainability Group, a grassroots physicians movement that is raising awareness about rural health care concerns.

“If we don’t have an agreement we are going to lose our hospital,” she said. “Because nobody is coming. We’ve been trying to recruit them for years.”

The Rural Sustainability Group said a recent survey paints a stark picture of the state of rural health in the province.

It found most rural communities don’t have an adequate number of doctors to meet health care needs, and that 64 per cent report they have lost doctors, planned recruits, or both because of changes the provincial government made to the doctors agreement.

Dr. Myhr said even though the Pincher Creek doctors served notice that they were withdrawing services at the hospital in April, Alberta Health Services didn’t start searching for replacements until a meeting June 10. 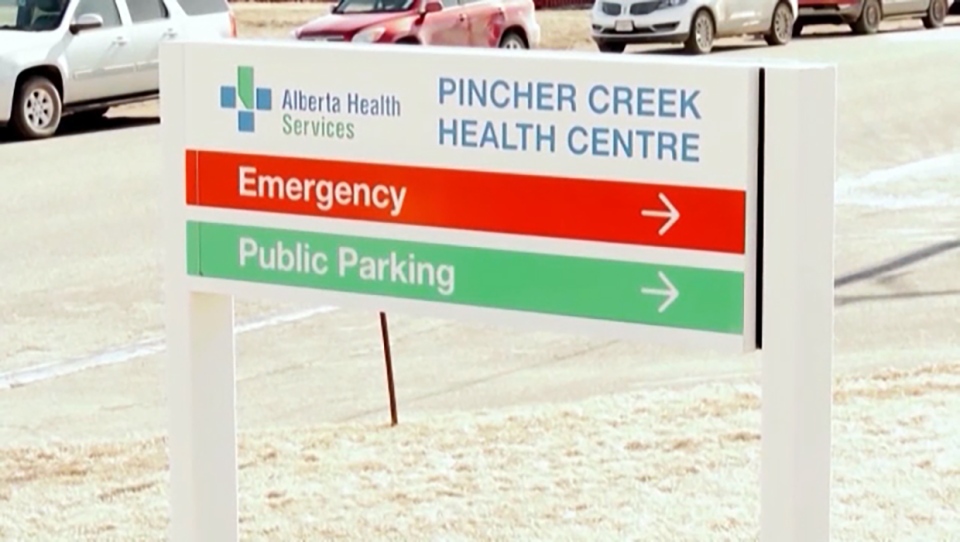 “After that they’ve been searching for locums (a doctor who temporarily fulfills the duties) to cover for August, but that is still in the works, and I think they are now realizing it’s not easy to get all the services that we provide covered” said Dr. Myhr.

Organizers are asking residents concerned about losing health services to bring their own vehicle and meet at the Community Hall parking lot at 5:15 p.m.

The parade will begin at 6:00 p.m. following a route through the community to a location near the Pincher Creek Health Care Centre. Participants are encouraged to wear masks, stay within their family cohort groups and maintain physical distancing rules.