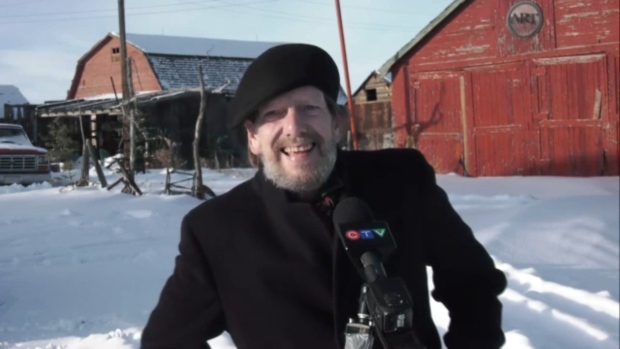 CALGARY — Three prominent Albertans from the Calgary area are among 61 Canadians who have been awarded the Order of Canada, one of the country’s highest civilian awards.

Art Bergmann, a self described anti-hero-iconoclast, was pivotal in establishing Canada’s punk rock scene in the late 1970s. He released several albums both as part of a group and as a solo artist.

Canada chose Bergmann as a recipient because of his contributions to Canada’s punk music scene, as well as his “thought-provoking discourse on social, gender and racial inequalities.”

Sticking true with the Order of Canada’s motto, ‘they desire a better country’, Bergmann hopes that his appointment helps promote social change.

“I didn’t know much about it, but people assured me that it’s for people who contribute to the fabric of this great nation,” Bergmann said, “I’ll take it if I can use my platform to get clean drinking water and clean housing to our First Nations.”

Bergmann says being appointed the Order of Canada is a proud moment for him, along with the Juno award he received in 1996 for best alternative rock album.

For those interested in music and the arts, Bergmann said to stay driven, despite any circumstances.

Francis Wright was awarded the Order of Canada for her advocacy for vulnerable and under-served groups, as well as lifelong dedication of promoting equal rights.

In 1996 she helped establish the Famous 5 Foundation which helped to recognize the Famous Five, a group of women who represented and fought for women’s suffrage and political activism in Alberta in the late 1920s.

Francis was instrumental in having women represented on a national scale, including the creation of a Famous 5 stamp, as well as on the $50 banknote — the first time women were identifiable on Canadian currency, aside from the Queen.

She also advocated for inclusive lyrics to the Canadian national anthem, helping change ‘true patriot love, in all thy sons command’ to a line which recognizes women’s role in helping build Canada, ‘true patriot love in all of us command.’

Larry Macdonald was awarded the order for his leadership in both the business world and his community, as well as his long serving commitment to philanthropy and volunteering.

Macdonald has worked in the oil and gas industry for more than 50 years and has sat in high positions at many companies, including Point Energy Ltd., Northpoint Resources Ltd., and Sure Energy Inc.

He has previously received the Queen Elizabeth II Diamond Jubilee Medal for his work in his community, as well as awards for his support for post-secondary technology education.

The award recipients are awarded the honour at an in-person ceremony in Ottawa at Rideau Hall, but due to the COVID-19 pandemic, the ceremony will be scheduled at a later time.