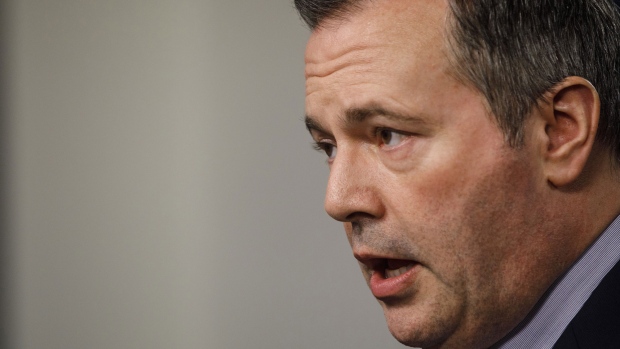 EDMONTON — Alberta Premier Jason Kenney has called a New Year’s Day news conference where he is expected to address multiple reports of government staffers travelling abroad over the holidays.

Kenney will speak to media at noon on Friday.

On Dec. 24, government MLA Pat Rehn posted an image to Facebook wishing friends a ‘Merry Christmas’ from an adventure park near Cancun, Mexico. Rehn’s page also displays government messaging encouraging Albertans to stay home over the holidays to limit the spread of COVID-19.

Neither the office for Rehn and the premier responded to multiple requests for comment from CTV News on Thursday.

Alberta’s NDP opposition are calling for Municipal Affairs Minister Tracy Allard to resign after she took a vacation to Hawaii, according to a report from CBC News.

Both the federal and Alberta governments have repeatedly advised against non-essential international travel.

Albertans have been urged by provincial health officials to celebrate the holiday season safely and to stay home whenever possible.