CALGARY, ALTA. — At Pure Hearts Trends, located along Kensington Road N.W. nothing is over $20. But the. pop up consignment store isn’t just about offering a good deal.

It offers support to a great cause, too.

“We came together as a team to raise awareness, prevention and education towards human trafficking,” said Dawn Fisher, who helped launch the store.

Fisher was 13-years-old when she was lured into sex trafficking. It lasted about a year.

“From my past, I was exposed to human trafficking at a young age so that’s where my passion and my heart lies is to help raise awareness and prevention for other people,” said Fisher.

Fisher says she’s sharing her story to encourage others to come forward.

Money raised through the store will go towards Step Into The Light, an organization offering counselling support to victims. Fisher says referrals are also coming from YWCA Calgary’s Intensive Case Management Outreach program.

The store is a collaborative effort, made possible through donated space and clothing.

Donna Riopel closed one three consignment stores because of the pandemic. The owner of Trend Fashions in Kensington is providing excess clothing from her businesses.

“I have been helping women in need, single mothers and anyone that has reached out to me because they know that I like to help since the beginning of my business,” said Riopel. “There’s more people out there that need help right now than ever before so if that isn’t a good enough reason I don’t know what is.”

“I would say that it’s quite prevalent and the issue with these offences that it’s quite migratory,” said Parker, noting money is more lucrative in Alberta compared to eastern Canada.

Parker said perpetrators use force and intimidation to essentially keep their victims hostage.

Parker is in charge of ALERT’s human trafficking counter exploitation unit in Edmonton. He said it’s difficult to know the full scope of the problem.

“One of the biggest hurdles is getting the victims, survivors to come forth to police and I’m hoping that we can overcome that just with our new services,” said Parker.

Last spring the province created a Human Trafficking Task Force, lead by Canadian country singer Paul Brandt to make recommendations on how to combat the issue and offer support for survivors.

Parker believes this will help create conversation around what’s often a hidden issue. 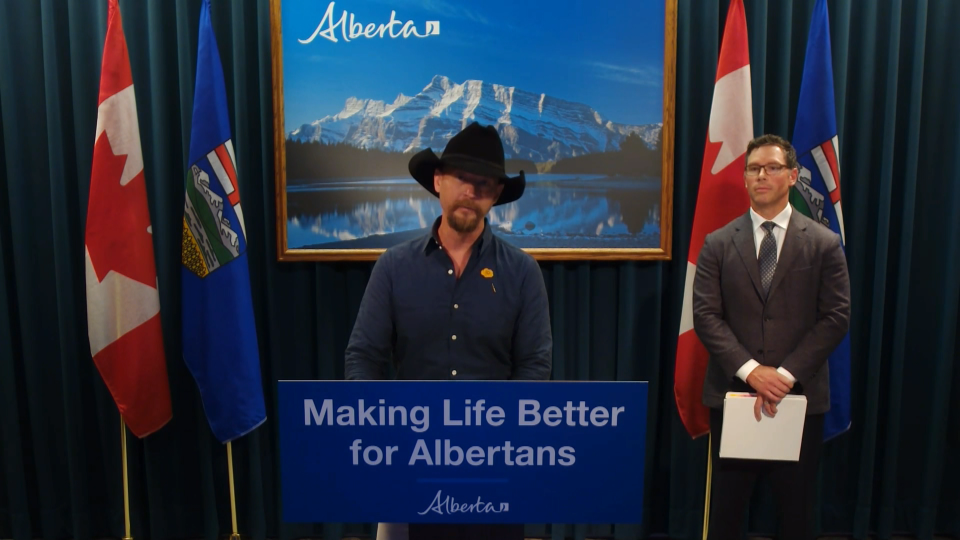 Fisher says the topic often gets swept under the rug because its uncomfortable to talk about, but she wants that to change.

“I’ve gone on an extensive healing journey and if I can use my experience to help others then at the end of the day I feel like I have a purpose,” said Fisher.

The store is open until Feb. 20, at the Kensington location. Donated space for another pop up has been secured, and the location will be announced soon.

Anyone who is a victim of human trafficking is urged to call 211 to be directed to resources that are available. Tips can also be submitted anonymously to Crime Stoppers or calling 1-800-222-8477.