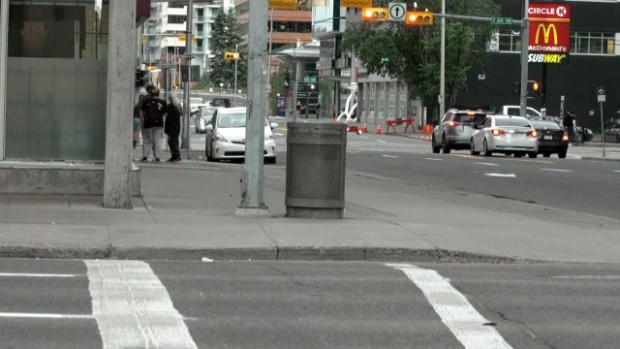 CALGARY — Calgary police are seeking public assistance in identifying a suspect in what police believe may have been a hate-motivated incident that took place Tuesday.

Just before noon Tuesday, a Good Samaritan witnessed a man verbally berating a Muslim woman wearing a burka and her children at the intersection of 6 Avenue and 8 Street S.W.

The man was described as being white, around 50 years old, wearing a turquoise-coloured shirt and white hat.

Police are asking that anyone else who witnessed the incident come forward and also would like to speak to the victim, who hasn’t filed a report.

“We are committed to investigating all allegations of hate-motivated incidents,” said Constable Craig Collins, the hate crimes coordinator of the Calgary Police Service. “We recognize the lasting emotional impact such offences have on those involved. Our priority is to ensure Calgarians from all communities feel safe in our city.”

Anyone with information is asked to contact police at 403-266-1234. Anonymous tipsters can contact Crime Stoppers at 1-800-222-8477, online or by using the P3 Tips app available at Apple or the Google Play Store.