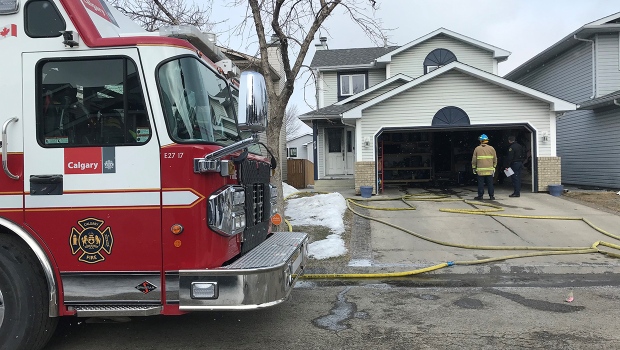 CALGARY — An investigation is underway into the cause of a Wednesday morning fire at a home in the community of Riverbend.

Crews responded to Riverwood Crescent S.E. at approximately 9 a.m. following reports of smoke and flames emanating from a house.

The home was unoccupied at the time, save for the family’s dog, and a neighbour retrieved the pet prior to the arrival of firefighters.

Fire crews doused the blaze but the damage to the main floor, including the kitchen, was extensive.

The cause of the fire has not been determined. Firefighters are expected to remain on scene through the morning to monitor hotspots.