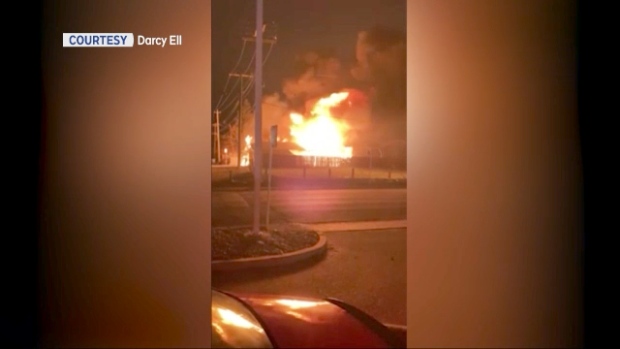 CALGARY — The Calgary Fire Department battled a garage fire overnight that spread to two homes in the southwest community of Spruce Cliff.

Officials say flames broke out in the detached garage of the home on the northeast corner of Bow Trail and 37th Street S.W.

All three residents of that home evacuated — a mother and son who lived upstairs and an adult male tenant from the unit below, who paramedics treated on scene for minor burns.

No other injuries were reported.

Winds pushed flames into a neighbouring home and garage.

Firefighters say they worked to keep it from spreading to other homes and evacuated the surrounding homes.

The Calgary Fire Department is asking for anyone who may have photos or video to send them to piofire@calgary.ca

Traffic is flowing on Bow Trail, however drivers headed north on 37th Street should pass carefully by fire department vehicles, which are expected to remain on scene Thursday morning.