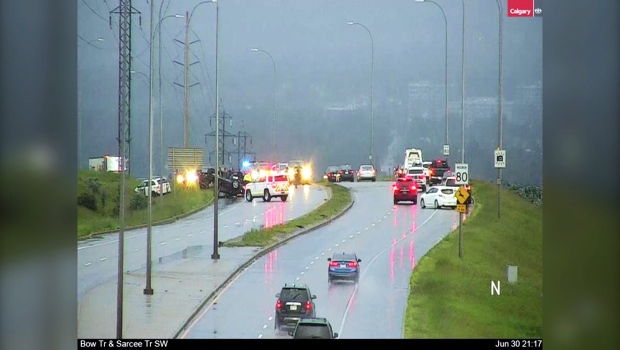 CALGARY — Three vehicles were involved in a collision on Sarcee Trail  that took place around 9:20 p.m. Tuesday.

Calgary Police said one of the three vehicles involved rolled over.

They reported minor injuries but weren’t specific about how many people were involved.

Traffic was disrupted on southbound Sarcee Trail, but not northbound.

This is a developing story….