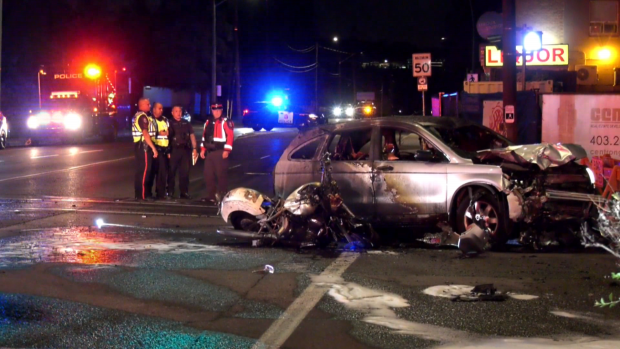 CALGARY — One man is dead and a woman is in hospital in serious condition following a Tuesday night collision involving a motorcycle and an SUV.

Police confirm the vehicles collided shortly before 11 p.m. at the intersection of 20th Avenue and 14th Street N.W.and ignited a fire.

The man operating the motorcycle was pronounced dead on scene and the passenger on the bike was taken to hospital by ambulance.

No injuries have been reported regarding the driver of the SUV who remained on scene following the crash.

An investigation into the fatal crash is underway. Anyone who witnessed the collision is asked to contact the Calgary Police Service at 403-266-1234.