CALGARY — The owners of a central Alberta barbershop, including the niece of late Premier Ralph Klein, say the charges they faced after opening in defiance of public health orders have been dropped but CTV News has learned that is not the case.

Bladez 2 Fadez Barbershop in Innisfail, Alta. received a warning from Alberta Health after reopening to customers on Jan. 12 in contravention of the mandated closure of all personal service business.

The following day, the shop resumed offering haircuts under the guise of being a pet grooming business as the provincial government had not ordered the closure of animal salons.

RCMP officials confirmed tickets were issued to Natalie Klein and Yanik Brazeau, the couple who own the business, on Jan. 14. The violations included the removal of a closure notice and contravening the chief medical officer of health’s order.

Klein told CTV News in January that she had complied with the province’s original closure order that went into effect on Dec. 13 and was slated to last for only four weeks, but she risked losing her business when the order was extended.

On Monday, a post on the Bladez 2 Fadez Facebook page announced that the charges had been withdrawn. 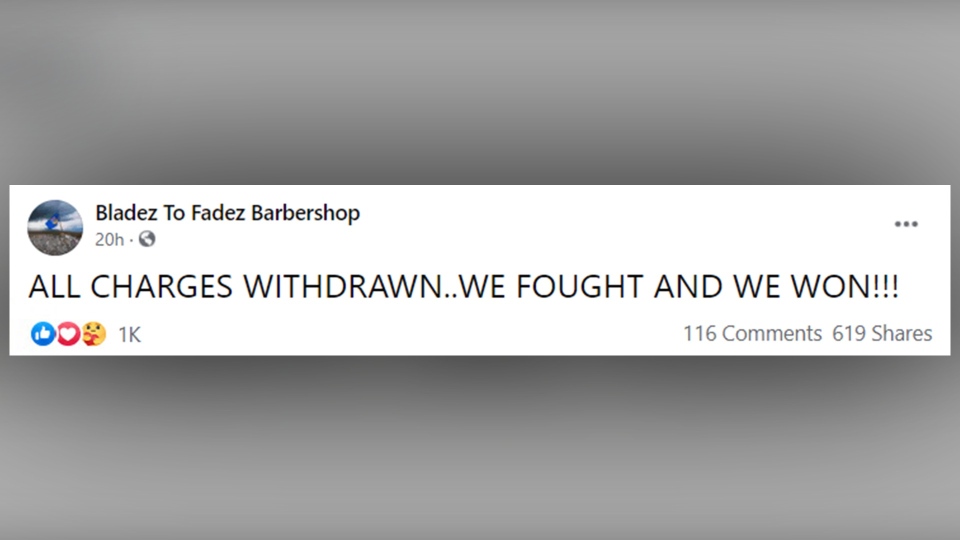 CTV News is working on confirming where the miscommunication may have come from.