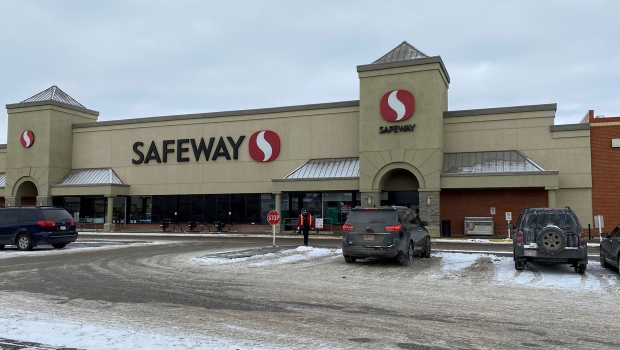 CALGARY — An increase in Canada’s annual pace of inflation is once again driving food prices higher, most notably for items such as fresh meat and vegetables.

Statistics Canada says the consumer price index in January rose 1.0 per cent compared with a year ago, which is slightly higher that the 0.9 per cent year-over-year increase that was predicted by economists from the financial data firm Refinitiv.

The increase isn’t making it easier for Calgary seniors on lower incomes such as Brian Houghton.

“It’s getting more expensive,” he said. “Food prices are just creeping up and that seems to be a constant so the price may go up five per cent, but your pension only goes up maybe 1.5 per cent per annum so it catches up to you after a while.”

Other shoppers like Amanda Fouladfard are making budgetary changes due to the ongoing ‘sticker shock’ when purchasing groceries for herself and family members.

“If you’re on a limited budget it’s going to be hard to make ends meet and choose those healthier options,” she said. “We eat a lot of organic at our home and I’ve noticed our bill has gone up significantly this year – items like tomatoes have gone up quite a bit, like a dollar each.”

The good news is that the food inflation rate is at the same as the general inflation rate, something Canada hasn’t seen in over a year, but many increases are still being seen with volatility in produce and at the meat counter.

Director of Agri-Food Analytics at Dalhousie University Sylvain Charlebois says the country is seeing a lag in how inflation is impacting data that’s come out of Statistics Canada.

He points to instead to the latest report from Nielson IQ.

“For example, beef sales were up eight per cent in Canada up until January 31st of this year going back 12 months, that’s in volume but in dollars it is 16 per cent,” Charlebois said.

“Tomatoes which is the most popular produce saw sales up in volume six per cent year ending on January 31st, but in dollars it’s 28 per cent so that’s really the product of food inflation so I suspect that the one per cent doesn’t really reflect what’s happening in grocery stores.

Charlebois added that consumers should make the freezer aisle their best friends because there is less volatility there. Other items like pork and vegetable proteins are also getting a little bit cheaper.

He also noted that market is adapting by shifting towards other discount store options such as the conversion of some Alberta Safeway stores in Calgary and Edmonton to a cheaper option called FreshCo.

Consumer grocery costs are much higher as the COVID-19 pandemic has upended food supply chains, paralysed shipments and forced delays with workers isolating due to illness.

Farmers who raise cattle are now getting squeezed by the highest corn and soybean prices in seven years, which in some cases has lifted the cost of feeding their herds by 30 per cent of more according to the Canadian Cattleman’s Association.

“You’re also seeing in the southern states the ice storms that have come through as many areas have been experiencing near record cold snaps so that affects fruits, vegetables and everything in production system.”

Laycraft adds it has taken many months for the markets to adjust as a beef shortage last June combined with a cattle surplus wasn’t allowing fresh cattle to get to market.

GAS PRICES ON THE RISE

Despite food prices going up, the one per cent jump is the slowest year-over-year increase in almost three years.

Much of the recent increase in inflation can be attributed to rising gasoline prices that went up 6.1 per cent compared with December, while a 1.7 per cent monthly increase in price for durable goods also pushed up inflation.

Although gas prices are higher, they are still 3.3 per cent below where they were in January 2020 when the first hints of global uncertainty hit the markets due to the COVID-19 pandemic.