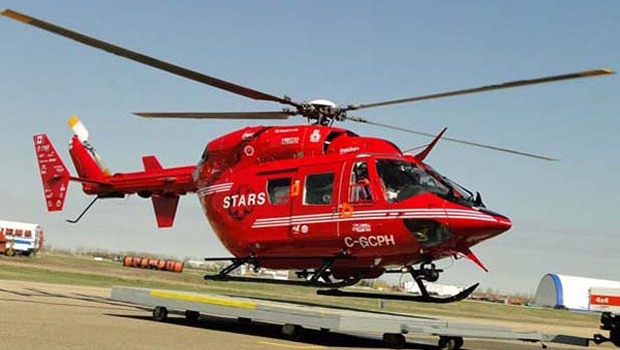 CALGARY — Multiple emergency teams, including the STARS Air Ambulance, have been sent to a crash scene in the westbound lanes of the Trans-Canada Highway Saturday morning.

STARS Air Ambulance was also called to respond to the scene at around the same time.

STAR-1 (Calgary) has been dispatched for a scene call emergency in the Exshaw, AB area.

Officials tell CTV News that a 45-year-old male was injured in the crash, where a vehicle came into contact with the guard rail near the Lac des Arcs campground.

The patient was flown to Calgary’s Foothills Medical Centre in stable condition.

There are no details on the cause of the crash.