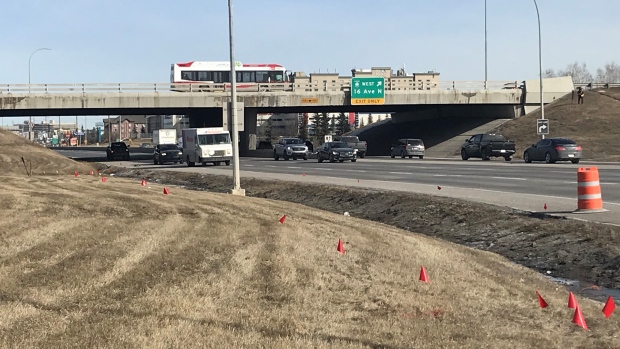 CALGARY — The City of Calgary is spending $17 million to improve traffic flow at the Barlow Trail and 16 Avenue interchange in the northeast.

Starting Monday, the pavement will be restored and, for the first time in four decades, the bridge will be rehabilitated.

Peter Rudolf, transporation project manager with the City of Calgary, confirms the current bridge is being overhauled not replaced.

“It’s certainly not a rebuild so it’s essentially redoing the topping that’s on the structure itself and then doing some repairs to the bridge girder faces and the underside of the deck. There’s certainly no structural issue at all it’s just sort of a life cycle repair or restoration that is commonly done throughout the city.”

The project will also include a new multi-use pathway on the east side of Barlow Trail to ensure users can walk to the nearby businesses.

“Business access will not be impacted, however there will be some delays for drivers in the area as we undertake these important life-cycle projects,” said Rudolf.

While traffic delays are expected, city officials says traffic will be shifted to one side of the road except during peak times where two lanes of Barlow Trail will be open north and southbound.

Construction is expected to finish in the fall.