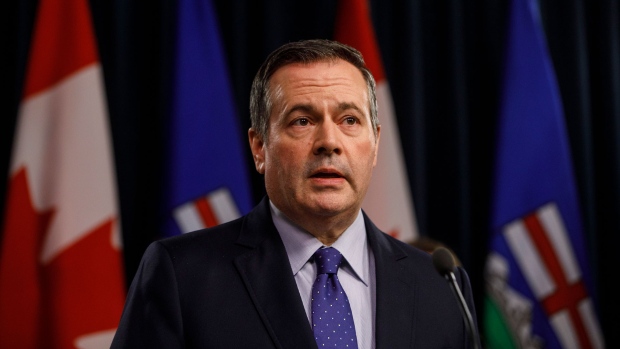 EDMONTON — In a cabinet shuffle Thursday, Alberta Premier Jason Kenney named new ministers of transportation and culture, and switched out the associate minister of mental health and addictions.

Ric McIver, who had been serving two roles since January when he took over municipal affairs following Tracy Allard’s resignation, will keep that file. The other ministry he had been leading, transportation, will be taken over by Rajan Sawhney, former minister of community and social services, Kenney announced Thursday morning.

Calgary-Foothills MLA Jason Luan will take over Sawhney’s old portfolio and was removed as associate minister of mental health and addictions.

In his place, Kenney assigned Mike Ellis, MLA for Calgary-West.

Lacombe-Ponoka MLA Ron Orr was named the minister of culture.

Nate Horner, MLA for Drumheller-Stettler, was to be sworn in as associate minister of rural economic development under the jobs and economy ministry.

Muhammad Yaseen, who previously served as parliamentary secretary of immigration, is to become the associate minister of immigration and multiculturalism. The Calgary-North MLA will work under the labour and immigration ministry’s Jason Copping.

As well, a new associate minister of status of women was created under the Ministry of Culture and Status of Women. Whitney Issik, Calgary-Glenmore MLA, will fill that role along with that of chief government whip.

This is a breaking news story. More to come…