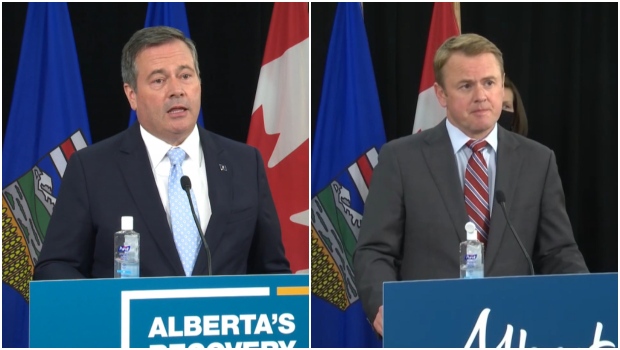 EDMONTON — Alberta’s premier and health minister will give an update on the province’s vaccine rollout at 12:30 p.m. Friday.

The province will receive 46,800 doses of the Pfizer-BioNTech vaccine by the weekend, Alberta Health told CTV News.

The Alberta government said earlier this week it would start to rebook first-dose appointments for 9,000 health-care workers.

Health Minister Tyler Shandro was asked twice Thursday when the province would announce details on the next phase of vaccinations. He said “fairly soon.”

On Wednesday, Premier Jason Kenney said his government wanted to see what other provinces were doing first.

“I, frankly, don’t understand the huge rush because we haven’t even really gotten into Phase 1B yet,” he said.

“We don’t have enough vaccines. That is the issue.”