CALGARY — Jennifer Jones likes everything about the Scotties Tournament of Hearts and with good reason.

More often than not, she wins it.

Six-time Scotties winner Jones is tied for winning the most titles with Colleen Jones and former teammate Jill Officer.  Jones is hoping to make history this year in Calgary, as a seventh title would mean she’s the winningest curler in the history of the event.

Jones says it would mean a lot to her.

“I was never one to look at the history books or records,” she said, in an interview with CTV News. “As my career kind of gets more advanced, it’s amazing to look back and reflect on all the amazing moments we’ve had – but then to be in the history books and to be remembered always for doing something great in the sport that I mean is obviously a huge part of my life.”

“It would be incredible.”

This years Scotties will have a completely different look.  It’s being held in a bubble at the Markin McPhail centre at Winsport with no fans. Jones loves to hear the roars of the crowd but says the curlers will just have to adjust.

“The crowd is what makes it even that much more special,” Jones said.

“But I think in a time when so many things have changed,  it’s been a weird year really – and I think it’s gong to be easier to maybe get over or past than it might have been in other years.”

Like many of the curlers participating in this year’s event, Jones hasn’t been on the ice very much and knows rust could definitely play a factor.  She’s hoping her experience will give her a chance to win another title. 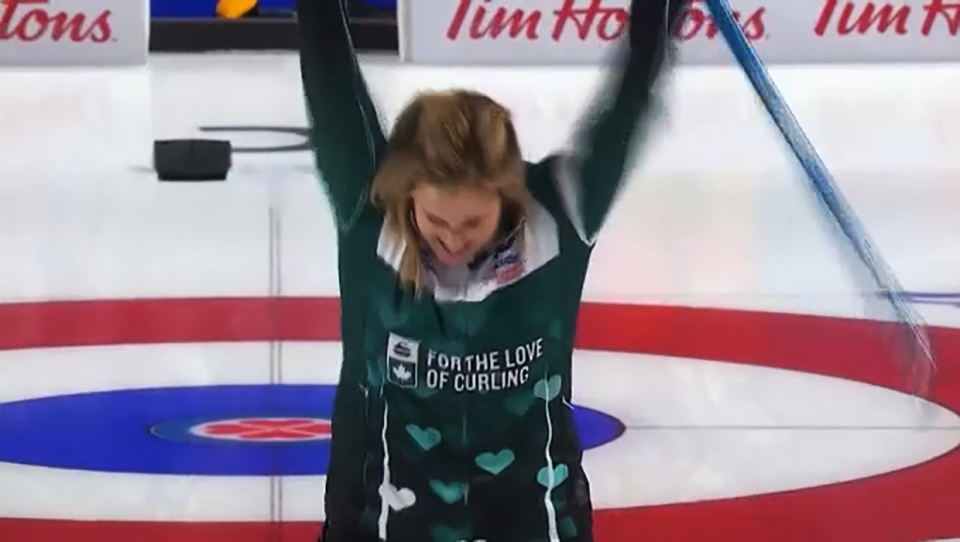 “We’ve been able to practice when we can when it’s been permitted,” she said, “so we’ve tried to take advantage of the opportunities that we’ve had and obviously it’s different.”

“I’m really hoping it’s like riding a bike,” she added, “and you can just get back on and I think by mid- week everybody should be in good form.”

The Scotties Tournament of Hearts begins Friday.  Jones and her rink of Kaitlyn Lawes, Jocelyn Peterman and Lisa Weagle won’t hit the ice until Saturday.  They’ll face Laurie St-Georges and her Quebec rink in the morning draw and then battle Team Tracy Fleury which will be skipped by Chelsea Carey in the evening draw.