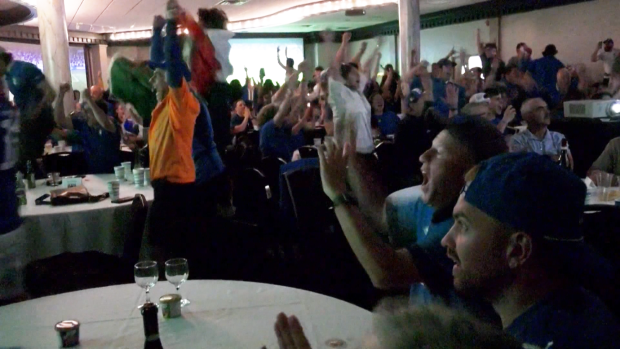 The European Championships were delayed from last year due to COVID-19 but, over the last month, fans have been able to support their countries.

It was a winner-take-all on Sunday. Supporters of Italy and England gathered in numbers.

“This is the most incredible atmosphere I have ever seen in this pub,” said Steve McDowall, with Limerick’s.

The pub, which had hosted fans for the past month during the tournament, was full of cheering after England took an early lead.

“Italy thinks they’re in there, not a chance,” said one England fan.

England has not participated in a final of a major tournament since 1966, when they won the FIFA World Cup.

The Calgary Italian Cultural Centre was the spot for fans cheering for Italy, saying this would be their year. The fans became nervous after the first goal by England, but didn’t give up.

“I think that they gave a lot of motivation to come back,” said one Italy fan.

In the second half of the game, Italy tied it and the match needed extra time. After holding firm in a 1-1 stalemate, a penalty shootout would decide the game, with Italy ending their decades-long drought.

“Everyone doubted us… after the 2018 World Cup, look at us now,” cheered two Italy fans. “Best day of my life.”

Italy has previously won the UEFA European Championships in 1968. The Italians were also runners up in 2000 and 2012.