EDMONTON — Vandalism in the form of a swastika was discovered on the Baitul Hadi Mosque in east Edmonton Tuesday morning.

The vandalism was discovered by a neighbour, according to Nasir Mahmood Butt, the Imam at the mosque.

“It hurts,” said Butt. “Differences are always there, in the community and in the society, but to solve those differences, the way is discussion and dialogue… this is not that.”

According to Butt, police believe the paint is the same that was used in other cases of vandalism in the area. It is not clear how long the vandalism has been there on the second story of the building for. 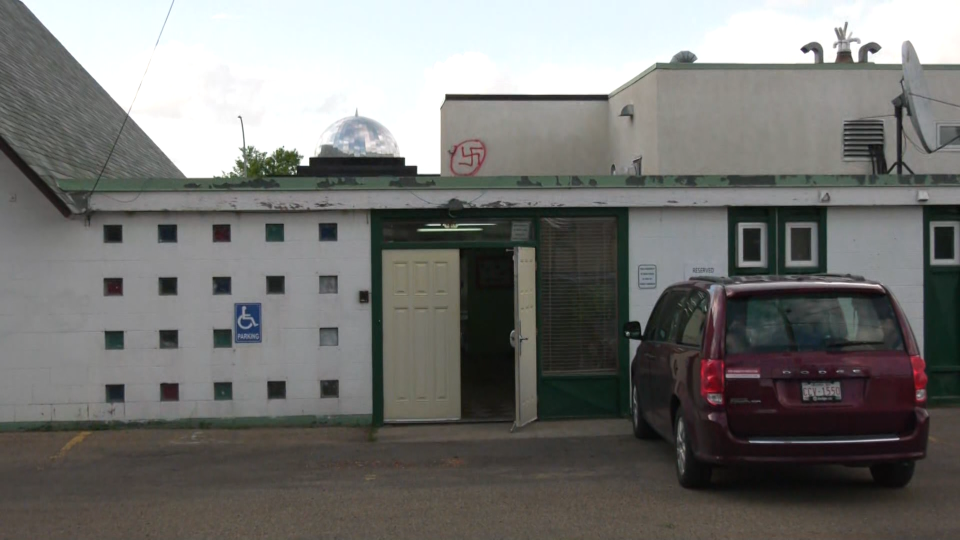 “We should try our best to support love and affection in society… this is the way we can remove these misunderstandings from these ignorant people,” said Butt.

The mosque has been in the community for over 25 years.