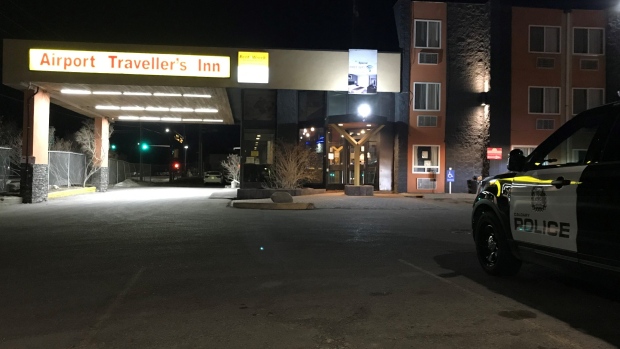 CALGARY — Calgary police are investigating a suspicious death at the Airport Traveller’s Inn in Vista Heights after the body of a woman was discovered in one of the rooms Tuesday evening.

The initial emergency call reported a disturbance at the hotel near the intersection of 16 Avenue and 19 Street N.E. just after 8 p.m.

The homicide unit is leading the investigation.

Police have not divulged the age or identity of the victim, saying more information will be released pending completion of an autopsy scheduled for Thursday.

Calgary Police Service officals are asking anyone who may be able to help in the case to call the homicide tip line at 403-428-8877 or anonymous tips may be submitted to Crime Stoppers.