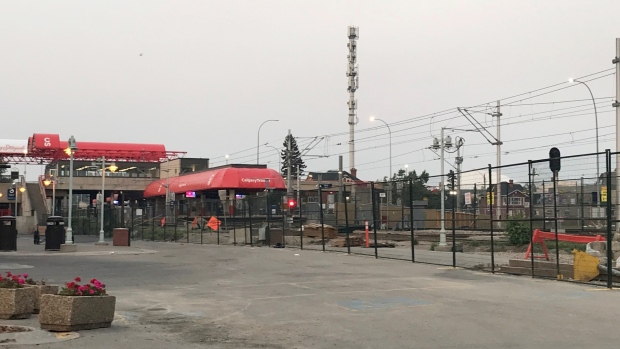 CALGARY — Victoria Park near 17th Avenue S.E. is about to undergo a major overhaul as work is set to begin renovating the LRT station nearest the proposed Calgary events centre in the east end.

The aim of the project is to connect the Beltline neighbourhood with the entertainment district, which is also in the midst of $60-million revitalization, according to the government website.

It will also connect people to the Stampede grounds and the BMO Centre, which is in the midst of a $500-million expansion, with a target reopening date in 2024.

Access will be different as the stairs and overpasses at 15th Avenue S.E. will be gone and two, at-grade pedestrian crossings will be added instead.

Officials from the Calgary Municipal Land Corporation, Calgary Transit and Calgary Stampede will host a joint news conference about the plan at 10 a.m. Thursday.