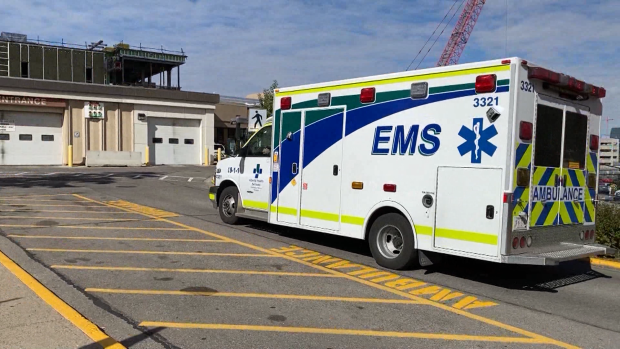 EDMONTON — Depending on where you live in Alberta and what kind of care you need, an ambulance might not bring you to an emergency room.

“Sometimes the right care for that patient is available at a different health facility, one that’s closer and can see the patient more quickly,” said Tyler Shandro, Alberta’s health minister.

Because not all 911 calls require patient to be sent to hospital, paramedics will be able to bring patients to places like community health centres or hospices instead, according to Shandro.

“It will reduce delays for some patients, which means they get better access to care,” said Shandro. “It will also mean fewer delays for paramedics so EMS can make better use of resources, and diverting some patients from the ER means less burden on those emergency departments.”

There are 10 facilities around the province as part of the first phase of this plan, according to Shandro.

“Last week’s heat wave was a factor in this spike – between Monday July 28 and Sunday July 4, EMS in Calgary and Edmonton responded to 283 heat-related calls,” said Kerry Williamson with AHS.

According to the Health Sciences Association of Alberta, the new plan ignores the real need in the province, more paramedics.

“This isn’t a fix, this isn’t even a stop gap or a band aid, this is program that we’ve been doing for 20 years in this province,” said Mike Parker, president of the Health Sciences Association of Alberta. “So there is a non-announcement today and I feel sorry for the minister, because someone has told him this is a great idea.

“The announcement today, although it does access a few more facilities, does nothing for the service on the front lines in the code red scenario of today.”

The union said that there will be some areas of the province that will benefit from the plan announced, but filling the over 400 vacant paramedic positions in the province would be a better solution.

“There are 200 ambulance shifts that are not covered, as of today, for July.”

Parker also said there is a ‘significant’ amount of paramedics on stress leave due to the demands of the job.

“It has never been so bad in this province as we see it today.”

The province plans to increase the number of alternate facilities paramedics can bring patients to by 2023.