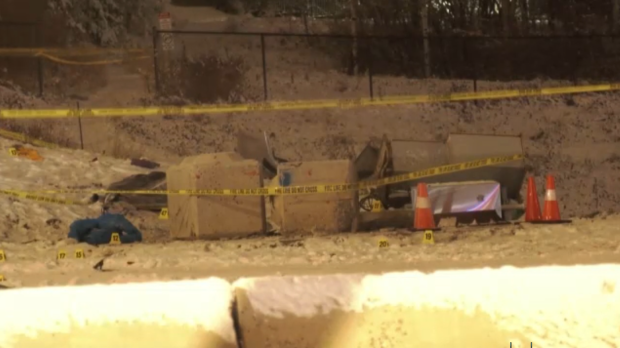 CALGARY — The driver of a vehicle that struck and killed two pedestrians Saturday night has died as a result of the injuries they sustained in the collision.

A call to 911 alerted authorities to the actions of analleged erratic driver in southwest Calgary.Officers located the vehicle and attempted to stop it at around 7 p.m.

The vehicle initially pulled over but fled just as officers began to approach it.

Minutes later as officials were leaving the area, they came across the remnants of a serious collision at the intersection of 85 St. and 17 Ave S.W. Two pedestrians that had been struck by a vehicle were pronounced dead on scene.

The Alberta Serious Incident Response Team (ASIRT) has been notified and will investigate the death as it occurred during a police-involved incident.

The identity of the driver has not been released