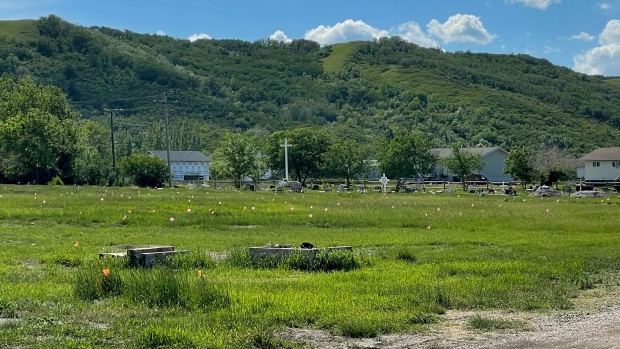 TORONTO — Cowessess First Nation says it has found 751 unmarked graves on the grounds of the former Marieval Indian Residential School in Saskatchewan.

The Cowessess First Nation, located 164 kilometres east of Regina, began radar scanning of the school grounds and surrounding area on June 1. The findings of that search were officially announced at a news briefing Thursday.

This discovery comes less than a month after the discovery of the remains of 215 Indigenous children buried in unmarked graves at Kamloops Residential School in Kamloops, B.C.

The Marieval residential school operated from 1898 to 1996 in the Qu’Appelle Valley. It was run by the Roman Catholic Church until Cowessess First Nation took over its operations in 1981.

A 24-hour crisis line for residential school survivors is: 1 (866) 925-4419 if you require further emotional support or assistance.