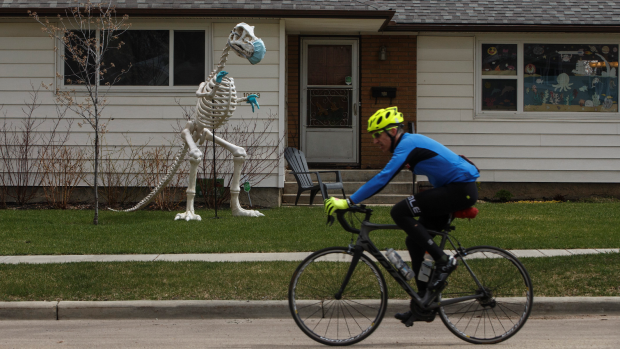 EDMONTON — Alberta reported 23 new cases of COVID-19 on Thursday as the province reached a vaccination milestone.

More than one-quarter of the population of each eligible age group has now received a second dose of COVID-19 vaccine.

More than 38,000 second doses of vaccine were given out Wednesday, bringing the per cent of eligible Albertans to be fully immunized up to 52 per cent.

About 4,000 first doses were also administered, with 73.7 per cent of Albertans now having had a first dose.

Active cases fell to 697, about where they were in mid-July last year.

The number of COVID-19 deaths remained at 2,307 after one death from November was reported but another was removed. The death was determined to be due to causes other than COVID-19.

There are 133 coronavirus patients in hospital including 32 in intensive care units.

The province reported a 0.88 per cent test positivity based on about 6,000 tests.

The next data update is scheduled for Friday.