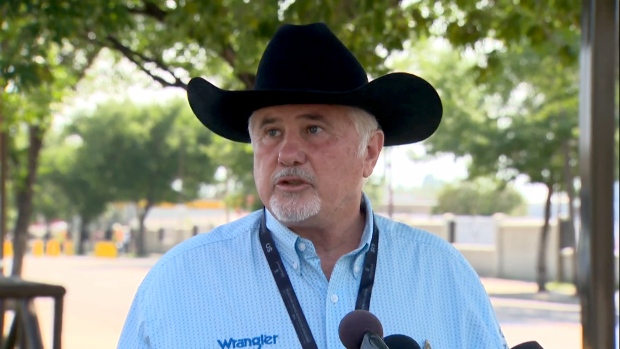 CALGARY — Calgary Coun. Ward Sutherland has withdrawn from the fall election and will instead support Coun. Jeff Davison in his bid for mayor.

Sutherland, who was first elected in 2013, said he made the decision because of his concern for the future of the city. Davison is one of three current city councillors running to be mayor in the Oct. 18 vote, along with Coun. Jyoti Gondek and Coun, Jeromy Farkas.

“This is a historic time for the City of Calgary, we are going to have over 10 new councillors. What’s critical now is we have the right leader for the right time,” said Sutherland.

“I can say as a councillor, and we normally don’t say this publicly is, I have worked with all the candidates that are running, and it was an easy decision for me to support Jeff. He has an excellent business background, he actually collaborates and gets things done and over the line. I am concerned about the future of our city and I have taken a huge leap of faith.”

There are 20 people registered to run for mayor so far.

Sutherland said he will act as a senior advisor to the Davison campaign.

“It’s about being a team and there’s no I in team,” he said.

“We need a new future with our COVID economic recovery. If I can be a help to Jeff, I will be.”

Davison said Sutherland will bring eight years of important experience working on council and being a member of various boards and committees.

“I think it’s going to take all of us to pull together to really re-invent the Calgary story and figure out where we go from here,” he said.

“But what we’re all aligned on is, ‘What’s the best thing for Calgary’s future, and how are we going to make it happen?'”