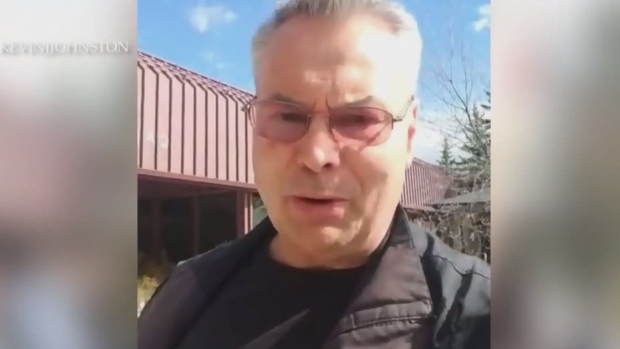 Johnston — who is running for mayor of Calgary in the October election — has been in custody since the end of May and is expected to be released sometime Monday.

The charge of criminal harassment stemmed from a series of social media posts targeting two Alberta Health Services (AHS) Inspectors between April 24 and May 13, including photos of one’s family alongside threats of physical harm.

The disturbance charge came from a May 22 incident in the CORE shopping centre where Johnston recorded himself in altercations with retail staff over mask requirements, mandated at the time by both the province and the city.

He is now prohibited from being in the CORE shopping centre, along with a suspended sentence.

Johnston’s sentence for criminal harassment was one day, plus time served and nine months probation.

Johnston has also faced criminal charges in Ontario and B.C and is named as defendant in a $1.3-million defamation lawsuit filed by AHS. The allegations by AHS have not been proven in court.