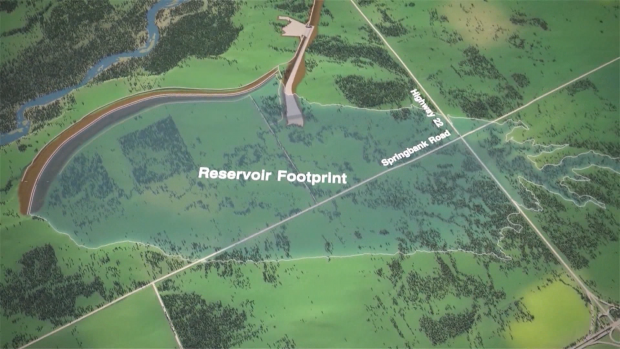 CALGARY — The Springbank reservoir project has received the go ahead from the Natural Resources Conservation Board.

The arms-length government agency greenlit the $423 million plan after a two-week long hearing, saying the flood mitigation plan is in the public’s interest.

Diversion channels off the Elbow River will be constructed to displace high water into an off-stream reservoir near Springbank, west of Calgary.

Since the project was announced about eight years ago, it has faced opposition from some Springbank landowners and the Stoney Nakoda First Nation who were in favour of another location for the reservoir further upstream.

The Tsuut’ina Nation eventually came to an agreement with the province to protect its land in April of 2020.

The 2013 floods claimed five lives and caused more than $5B dollars in damage in southern Alberta.