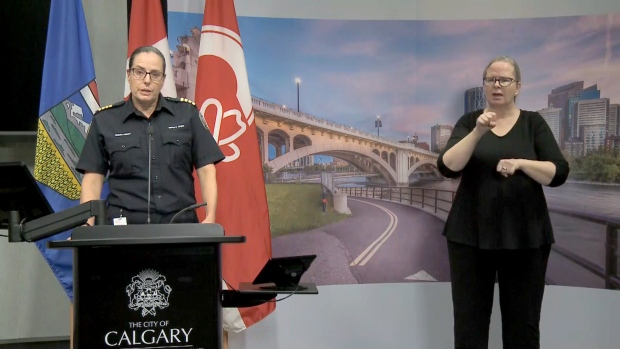 CALGARY — City of Calgary officials will provide an update on the response to COVID-19 at 12:15 p.m. Thursday.

Calgary Emergency Management Agency (CEMA) Chief Sue Henry and Mayor Naheed Nenshi are scheduled to speak at the update, which will be held at the city’s emergency operations centre.

Calgary remains in a state of local emergency, which was declared last week, and Alberta also remains under a state of public health emergency due to the ongoing COVID-19 pandemic.

Officials announced Monday enforcement of public health orders would be stepped up and on Wednesday, three people who are believed to be organizers of recent anti-mask rallies were ticketed. The fine for contravening a health order is $1,000 along with a court appearance, where a fine of up to $100,000 can be imposed.

On Wednesday, the province announced the first phase of vaccinations will happen between January and April, involving more than 400,000 seniors and staff in continuing care homes and frontline health care workers.

Premier Jason Kenney said Alberta will begin to receive shipments as early as Jan. 4, after Health Canada approved the Pfizer and Moderna vaccines, both proven to be approximately 95 per cent effective after trials.

The second phase will happen in May and June and third phase through the summer months.

The premier appointed Municipal Affairs Deputy Minister and Lt.-Gen. Paul Wynnyk to lead the province’s vaccine taskforce. He already spearheaded the province’s PPE roll out at the start of the pandemic.

“This is an absolutely critical task,” Kenney said. “Smooth and rapid vaccine distribution will not only be essential to our economic recovery but it will be a matter of life and death for many Albertans and their families.

The vaccines will be stored in 30 depots across the province and be rolled out in three phases.

Thirteen of Alberta’s storage depots are capable of storing the Pfizer vaccine, he said, and the government is ordering more freezers.