CALGARY — Lethbridge business owners are happy to see easing of COVID restrictions, but for many the summer will still be far from normal.

“I’m excited for restaurants being able to open,” said Plum general manager Eric Wheeler. “That being said, we’ve pivoted so many times in the last while, that we don’t have any intentions of relaunching anything immediately.”

Plum was established around a model of community, marketing local products and environmental sustainability. While many restaurants have been forced to rely on takeout meals during the pandemic the Plum felt it was not in line with their green stance.

“Takeout by its very nature creates so much waste, so much plastic,” added Wheeler. “It’s not something we care to be a part of.”

Instead, Plum is looking at turning the restaurant into some sort of community co-operative, perhaps working with local farmers or artists.

Wheeler said they want to be a place where people can work together to share products they are passionate about.

The province will enter Stage One on June 1. It means outdoor patio dining can resume with a maximum of four people per table (everyone must be members of the same household, or for a person living alone, dining parties are limited to two close contacts.)

Retail can increase to 15 per cent of fire code occupancy, and personal and wellness services can reopen by appointment only.

EXCITED TO COME BACK 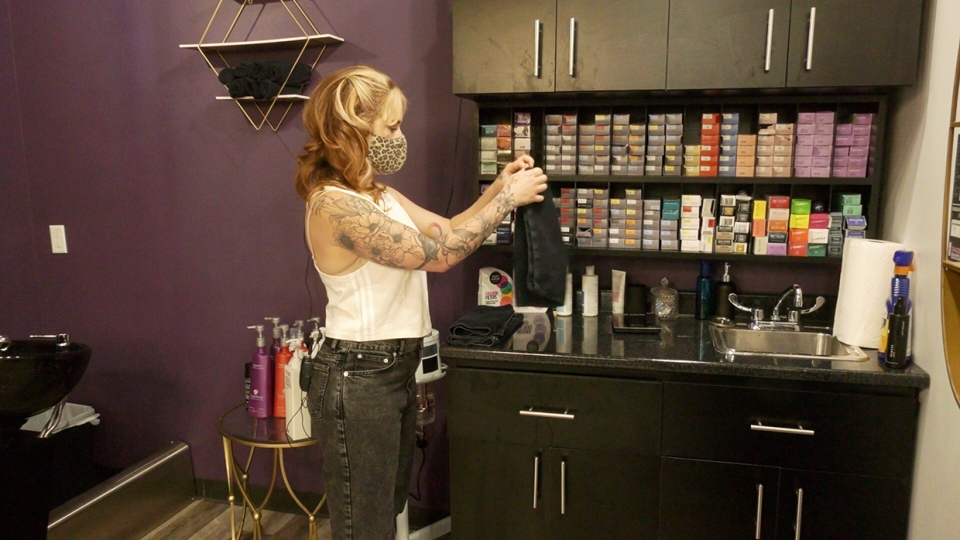 Black Magic Collective Co-owner Jesse Harsanyi said they are excited to be coming back and were grateful to receive one weeks notice this time.

She said resuming business for a hair salon or tattoo shop isn’t as simple as starting from scratch and waiting for appointments to be booked.

Harsanyi said they now have to juggle existing appointments, along with scheduling time for the appointments that were missed.

“We are trying to really honour our clients, which are the most important parts of these industries,” added Harsanyi.

The restrictions have not only impacted businesses that were forced to close, but neighbouring stores as well.

“We’re not getting the people who are usually down here.” said Just. He said they still get destination traffic from people who are coming specifically to shop at their store.

“But we want new traffic too. We get spinoffs from the restaurants, the gyms and other businesses that are closed now.”

The Alberta government said its plan provides a clear path to lift health restrictions and get back to normal.

But many business owners aren’t so sure.

“I think we know enough now during the pandemic to know that it’s not that crystal clear,” said Harsanyi, who added she has long ago stopped trying to guess what will happen in the future.

“As much as the positive gesture is there, I don’t think its going to necessarily go like that, and then it just adds to our frustrations.”

“We’ve had so many people saying this and that, you don’t know who to believe anymore,” added Just.