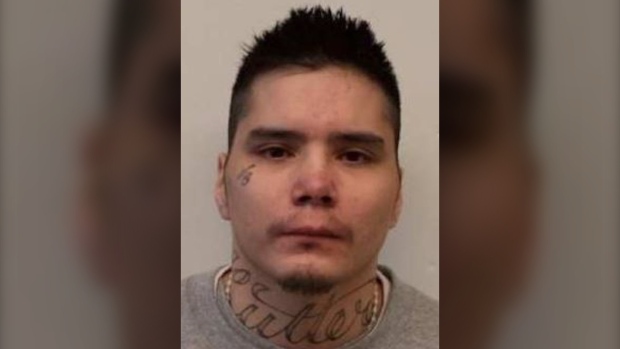 CALGARY — Gleichen RCMP confirms a Canada-wide warrant has been issued for the arrest of a local man recently released from federal prison.

Justin Lee Nathan Cutter of the Siksika Nation is wanted on a charge of being unlawfully at large after violating conditions of his parole.

The 28-year-old, who served a sentence for armed robbery, is described as:

Anyone who encounters Cutter should not approach him and are encouraged to call Gleichen RCMP at 403-734-3923 or their local police detachment immediately.

Cutter was also charged in 2019 with failure to remain at the scene of an accident causing death in connection with a 2017 fatal hit-and-run on the Siksika Nation that claimed the life of Mariam Raweater.

Anonymous tips regarding Cutter’s whereabouts may be made to Crime Stoppers.