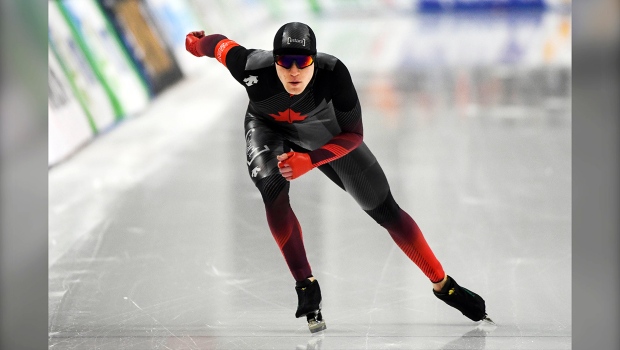 Bloeman, who grew up in the Netherlands before moving to Calgary in 2014, skated a time of 6:04.375, which was two and a half seconds off the world record he set in Salt Lake CIty in 2018.

Joining Bloeman on the podium was Canadian Graham Fish, who claimed the bronze, while Toronto skater Jordan Belchos landed fifth, with a personal best time of 6:12.071.

The result bodes well for Bloeman to retain his Olympic gold in Beijing in 2022. It was his first trip back to a podium since winning gold in PyeongChang, South Korea, in 2018, apart from a silver medal in the men’s 5,000 event in Calgary earlier this season.

“It feels amazing to be World Champion,” Bloeman said, in a release. “Especially after two years of struggling to compete with the best in the world. Going into this competition, I felt like I could win again.

“To be back in the mix at the right time, at the World Championships, is really cool. I’ve had a great team, great training partners and my coaches have been relentless in getting me back on track and keeping my eyes foward.

“We did this together.”

The 33-year-old Bloeman hopes to return to the podium Saturday, when he skates in the 10,000 metres, which was the event he won Olympic gold at in 2018.