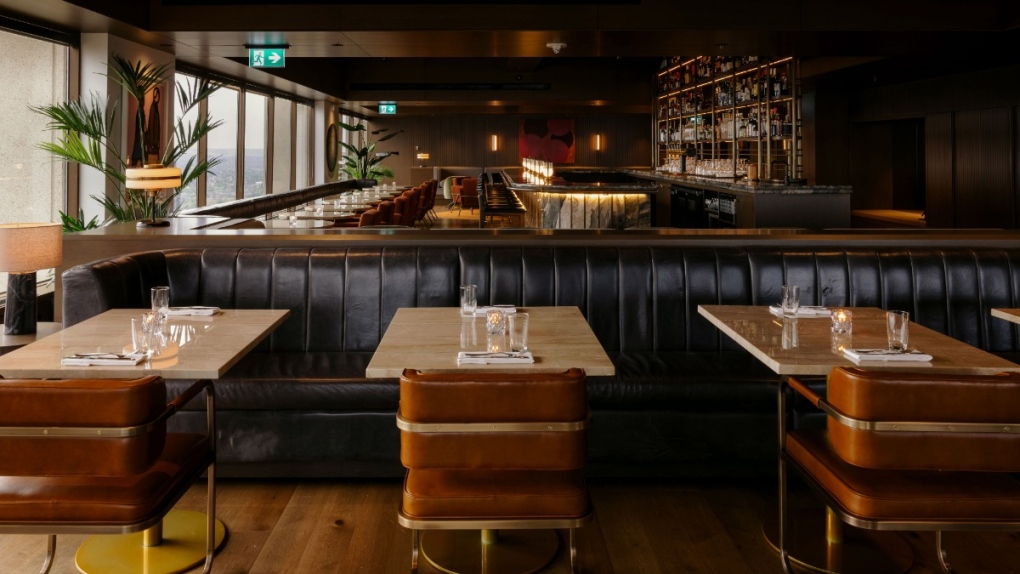 Enjoying the view from the top is old hat for the owners of Calgary’s Major Tom Bar, a restaurant situated on the 40th floor of a downtown office tower.

But now the restaurant in Stephen Avenue Place finds itself atop the list of the country’s best new restaurants in the latest edition of Canada’s 100 Best magazine that was released online Tuesday.

“It’s mostly just a massive pat on the back for the staff that have been working tirelessly since long before we opened,” said Garret Martin, culinary director of Concorde Entertainment Group, in an interview with The Canadian Press. “It’s a really cool thing for us just to get recognized for something like this.”

The restaurant was scheduled to open in 2020 but the COVID-19 pandemic delayed its arrival on the scene until the summer of 2021.

“I really feel like it came together a lot better than it would have as we had originally planned, because everyone was able to spend a little bit longer just making sure it all came together the way that we saw in our heads.”

Major Tom Bar is the first Calgary eatery to be recognized as the best new restaurant in Canada, but it’s not the lone Calgary establishment to make this year’s list.

Apart from its new restaurant rankings, Canada’s Best Restaurant named Vancouver’s Published on Main as the top restaurant in the country.

Calgary eateries to make the Top 100 list of all restaurants include:

The magazine will hit newsstands on June 6.