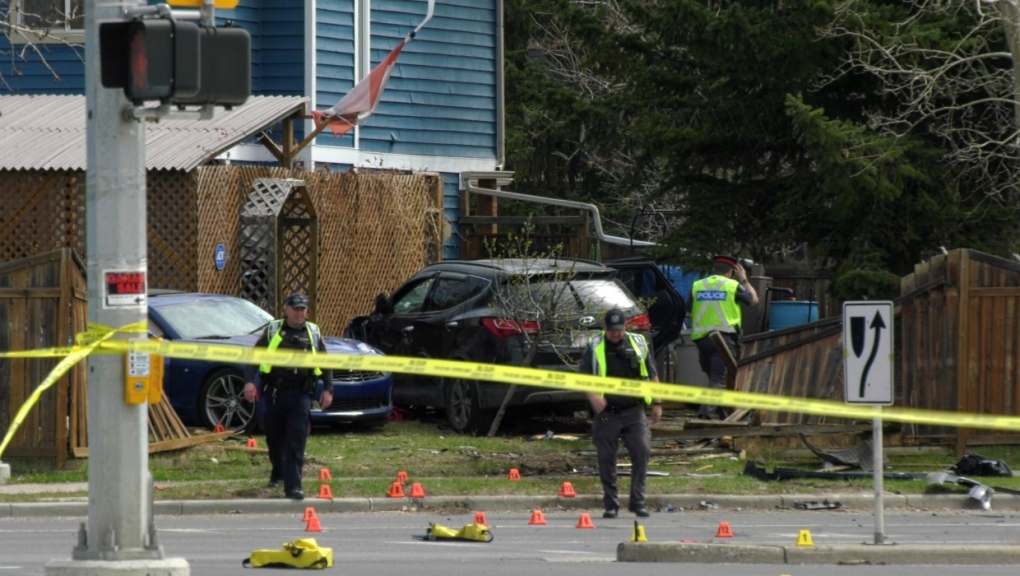 Calgary police say one person has been taken into custody following a fatal crash in the community of Midnapore.

Paramedics found one man dead at the scene.

Another man, who was badly injured, was rushed to hospital in serious but stable condition, according to EMS.

Police say there were no passengers in either vehicle, and the two drivers were the only ones involved in the collision.

The incident has closed the eastbound lanes of Midlake Boulevard S.E. between MacLeod Trail and Midpark Rise S.E.

Police say all directions of travel of Midpark Boulevard S.E. are also closed.

“Please avoid the area and use alternate routes of transportation,” police said in a tweet.

ROAD CLOSURE: We are currently on scene in the southeast responding to a traffic fatality. As a result, eastbound lanes of Midlake Blvd S.E. is closed between MacLeod Trail and Midpark Rise. All directions of travel of Midpark Blvd. are also closed. #yycroads #yyctraffic #yyc