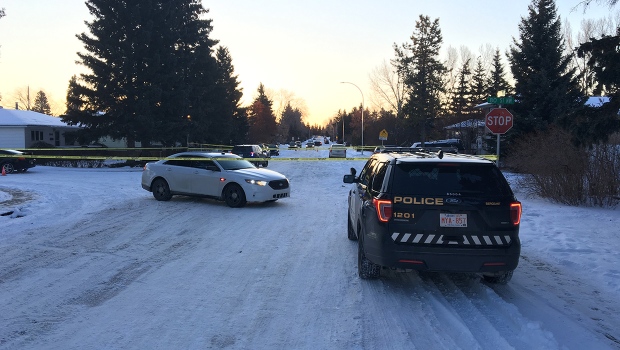 CALGA — A Calgary man has been found guilty of murdering his wife after running her down with a U-Haul van in a disturbing domestic homicide.

A two-week trial took place in early May.

The 33-year-old victim was found unconscious, lying on the roadway in the 8000 block of 34th Avenue N.W. around 6 a.m. on Feb. 10, 2020. She was taken to hospital in critical, life-threatening condition, where she was later pronounced dead.

In his verdict, Justice Nixon said Crown Prosecutors Hyatt Mograbee and Robert Marquette proved beyond a reasonable doubt that Candaele deliberately struck the victim with a fully loaded U-Haul vehicle.

“She did not die by accident and he did not stop to assist her in a time of critical need,” he said.

As Nixon read his verdict, Candaele repeatedly shook his head in court.

Candaele will be back in court for a sentencing hearing for parole eligibility on July 23.

If you or someone you know is experiencing abuse or have questions about domestic violence you can contact police or phone 403-234-SAFE (7233) or visit Sagesse Domestic Violence Prevention Society.